During a World Health Organization (WHO) press conference today on the state of the H1N1 influenza virus, Margaret Chan, MD, director-general, stated, “The scientific criteria for an influenza pandemic have been met. I have therefore decided to raise the level of influenza pandemic alert from phase 5 to phase 6. The world is now at the start of the 2009 influenza pandemic.”

“No previous pandemic has been detected so early or watched so closely, in real-time, right at the very beginning. The world can now reap the benefits of investments, over the last 5 years, in pandemic preparedness,” said Chan. “We have a head start. This places us in a strong position. But it also creates a demand for advice and reassurance in the midst of limited data and considerable scientific uncertainty.”

Chan gave an update on the numbers and details associated with the H1N1 flu strain based on “early snapshots depicting spread of the virus,” cautioning that this early, patchy picture can change very quickly.”

This last fact was of particular concern, according to Chan, because more than 99% of maternal deaths occur in the developing world, and around 85% of the burden of chronic diseases is concentrated in low- and middle-income countries.

“Although the pandemic appears to have moderate severity in comparatively well-off countries, it is prudent to anticipate a bleaker picture as the virus spreads to areas with limited resources, poor health care, and a high prevalence of underlying medical problems,” said Chan.

Later in the press conference, Chan updated reporters on what to expect from the H1N1 pandemic.

“Countries should prepare to see cases, or the further spread of cases, in the near future. Countries where outbreaks appear to have peaked should prepare for a second wave of infection,” said Chan. “Guidance on specific protective and precautionary measures has been sent to ministries of health in all countries. Countries with no or only a few cases should remain vigilant.”

“We are all in this together, and we will all get through this, together,” concluded Chan.

During the question and answer session that followed Chan’s address, many questions were raised about the status of H1N1 vaccines.

“On the subject of vaccine, we have been in regular discussion with the vaccine manufacturers of the world, both in developed as well as developing countries. We were given to understand that they are close to the end of finishing their seasonal influenza vaccine production. So, they are prepared to start full-scale production of the H1N1 pandemic vaccine,” said Chan. “Now, with the WHO announcement of Phase 6, we will be getting in touch with them urgently and assist them in any way we can. We need to also bring together the regulatory authorities to look at the road blocks that we can help to fast-track the registration so that vaccines that are safe and effective can be made available as soon as possible.” 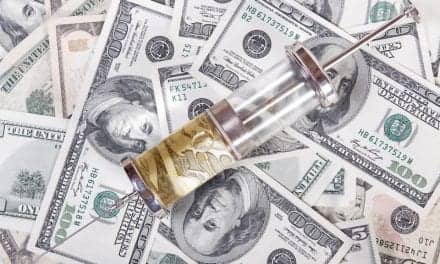