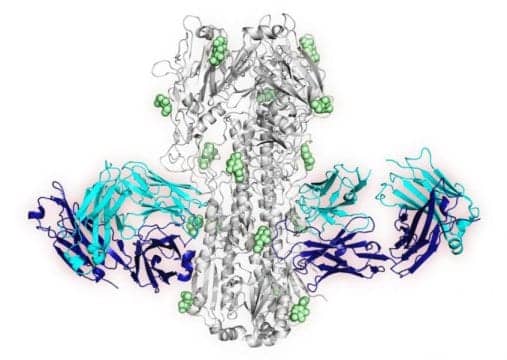 Scientists have identified three types of vaccine-induced antibodies that can neutralize diverse strains of influenza virus that infect humans. According to the researchers at the National Institute of Allergy and Infectious Diseases, the National Human Genome Research Institute, and other collaborators, the discovery may help guide development of a universal influenza vaccine. The investigators examined blood samples from six people who had received a vaccine against H5N1 influenza, also known as the bird flu virus.

In the blood samples they identified B cells that reacted to various subtypes of influenza virus and then characterized and classified the cells’ anti-body genetic sequences. The scientists discovered the B cells encoded three classes of antibodies that can neutralize diverse influenza virus subtypes and, therefore, could form the basis of a universal flu vaccine, according to the Science Daily news report.

Until now, scientists had only identified broadly neutralizing antibodies targeting the flu virus stem in humans following natural infection, and the new research provides clear evidence that these antibodies can be induced by a vaccine, as indicated in the Science Daily report.

The authors of the study note that researchers can now use the B cell sequencing information they identified to quickly and accurately measure immune responses among participants in future influenza vaccine trials. The findings of the study appear in an online edition of Cell.