The influenza pandemic of 1918 was known as the “Spanish Flu” or “La Grippe,”1 and it killed somewhere between 20 and 40 million people, more than in the First World War. Since then, science has advanced incredibly. The development of the flu vaccine and the understanding of how the flu spreads have given us the tools necessary to control the spread of the sometimes-deadly disease. Once again, however, we are faced with the threat of what could be a pandemic in the form of a mutant avian flu. Currently, the avian flu is transmitted when susceptible birds come in contact with the saliva, nasal secretions, and feces of infected birds. The risk from avian flue is generally low for humans, but there have been confirmed cases of infection from contact with infected poultry or surfaces contaminated with secretions/excretions of infected birds. Rarely, it spreads from human to human but apparently does not continue beyond one person.2 The transmission of the avian flu from human to human is what scientists fear most.3 Scientists believe that the avian flu could rival the pandemic of 1918,3 and precautions are being taken worldwide to prevent the spread of the disease.

According to the Centers for Disease Control and Prevention (CDC),2 the flu is a contagious respiratory illness caused by the influenza viruses. Symptoms range from mild to severe. The incubation period is from 1 to 5 days and can last from 2 to 7 days. In the United States, every year, 5% to 10% of the population gets the flu, 200,000 people are hospitalized, and about 36,000 infected people die from the flu.2 The highest hospital admissions and mortality rates are attributed to the elderly.4

Symptoms and etiology
Influenza outbreaks usually occur in the winter months with the highest attack rates in young children.4 A person can spread the flu as soon as they begin to develop symptoms. So how does one know if they have the flu? The symptoms of the flu include high fever, headache, extreme tiredness, dry cough, sore throat, runny or stuffy nose, muscle aches, and stomach symptoms.2 Respiratory care practitioners must make respiratory assessments for signs and symptoms of developing pneumonia, such as crackles, increased fever, chest pain, dyspnea, and cough accompanied by purulent or rusty-colored sputum.5

Unfortunately, due to the many subtypes of the influenza virus, it is possible to become infected more than once from a different subtype of influenza.5 Some of the influenza virus subtypes include type A, B, and C.5 Other subtypes include the avian, equine, and swine viruses.5 Secondary bacterial pneumonia, usually caused by Staphylococcus aureus and Streptococcus pneumoniae, is a severe complication of influenza infection.4

Treatment and prevention
Treatments are usually symptomatic. Patients are generally treated with fluids, bed rest, antipyretics, analgesics, and nasal decongestants.5 Antibiotics are not given unless a secondary bacterial infection develops. If pneumonia develops, bronchodilators, mucolytics, and oxygen are given as needed. If given early in the course of the disease, antiviral medication such as amantadine or rimantadine may help alleviate the symptoms.5 Tamiflu (oseltamivir phosphate), as well, has gained worldwide recognition due to fear of the avian flu, although new scientific reports are claiming that Tamiflu has had no effect on the disease.6

As RCPs, we need to inform our patients about how the flu spreads and how to prevent its transmission. The flu is spread through respiratory droplets caused by coughing and sneezing. The infection is spread when individuals touch something that has the flu virus and then touch their mouths or noses. One of the best ways to prevent flu infection is through the use of personal protection devices and hand washing. The CDC2 recommends the flu shot or the nasal spray flu vaccine for prevention. The flu vaccine is an inactivated vaccine that is given to people over the age of 6 months. The nasal spray vaccine can be given to a healthy person between the ages of 5 and 49. Although vaccination is a great way to prevent the flu, some people should talk to a physician before getting vaccinated. These include people who have a severe allergy to chicken eggs, had a severe reaction to an influenza vaccination in the past, have developed Guillain-Barre syndrome during a previous flu infection, or have a moderate to severe illness with a fever. Vaccination should be done in the months of October and November, although vaccination has been shown to be beneficial even if given late in December.2

6. Can Tamiflu save us from bird flu? Available at: www.medicalnewstoday.com/medicalnews.php?newsid=25455 ccessed January 20, 2006. 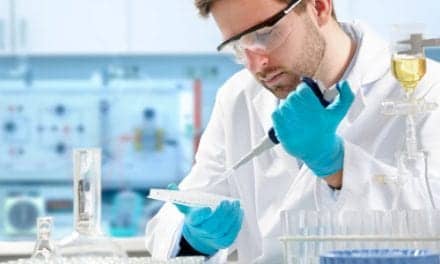