Researchers from the University of Lincoln and The University of Nottingham in the UK have found that patients who were vaccinated against influenza were 24% less likely to suffer a stroke in the same flu season.

The study, referred to as IPVASTIA, used a matched case-control design. Actual cases of stroke were compared against ‘control’ patients, adjusted for other factors that might explain the differences in risk associated with flu vaccination such as age, existing diseases, and treatment history. This type of analysis is widely used in health research to identify risk factors in large samples, although it cannot prove direct cause-and-effect relationships.

In 2010, the same research team showed a similar link between flu vaccination and reduced risk of heart attack. The findings from the IPVASTIA study were reported in the scientific journal Vaccine.

Lead investigator Niro Siriwardena, who is professor of Primary and Pre-hospital Healthcare in the School of Health and Social Care at the University of Lincoln, said, “The causes of stroke are not fully understood. Classical risk factors like age, smoking, and high blood pressure can account for just over half of all cases.

“We know that cardiovascular diseases tend to hit during winter and that the risks may be heightened by respiratory infections, such as flu. Our study showed a highly significant association between flu vaccination and reduced risk of stroke within the same flu season. The results were consistent with our previous research into heart attack risk.”

For the IPVASTIA study, researchers analyzed records of more than 47,000 patients who had suffered a stroke or transient ischaemic attack (TIA), or “mini stroke” between 2001 and 2009. Data were drawn from the UK’s national Clinical Practice Research Datalink. Alongside flu vaccine take-up, investigators also looked at take-up of pneumococcal vaccination, which protects against infections like pneumonia.

“Further experimental studies would be needed to better understand the relationship between flu vaccination and stroke risk,” Siriwardena added. “However, these findings reinforce the value of the UK’s national flu vaccination program, with reduced risk of stroke appearing to be an added health benefit.” 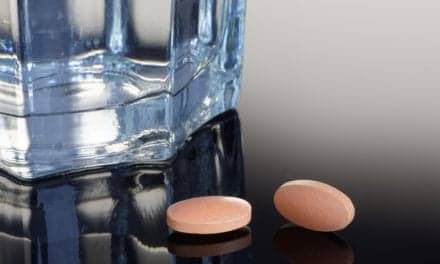