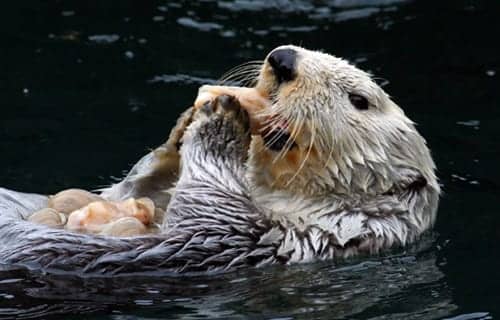 The human H1N1 flu virus has been found in Northern sea otters living off the coast of Washington state, according to a new study by the US Geological Survey (USGS) and CDC.

During an August 2011 health-monitoring project, USGS and CDC scientists found evidence that the Washington sea otters were infected with the pandemic 2009 H1N1 virus, although the exact date and source of exposure could not be determined.

“Our study shows that sea otters may be a newly identified animal host of influenza viruses,” said Hon Ip, a USGS scientist and co-author of the study.

“We are unsure how these animals became infected,” said Zhunan Li, CDC scientist and lead author on the paper. “This population of sea otters lives in a relatively remote environment and rarely comes into contact with humans.”

An unrelated 2010 study showed that northern elephant seals sampled off the central California coast had also been infected with the 2009 pandemic H1N1 virus. This elephant seal exposure is the only other known pandemic H1N1 influenza infection in marine mammals, and similar to sea otters, it is unclear how the seals were exposed.

“Our new study identifies sea otters as another marine mammal species that is susceptible to influenza viruses and highlights the complex interspecies transmission of flu viruses in the marine environment,” said USGS scientist LeAnn White.

The 2009 H1N1 virus has spread globally among people since 2009, and was the predominant flu virus in circulation during the 2013-2014 flu season. This study is the first time that evidence of influenza infection has been detected in sea otters, although these viruses have previously been found in many different animals, including ducks, chickens, pigs, whales, horses, and the elephant seals.