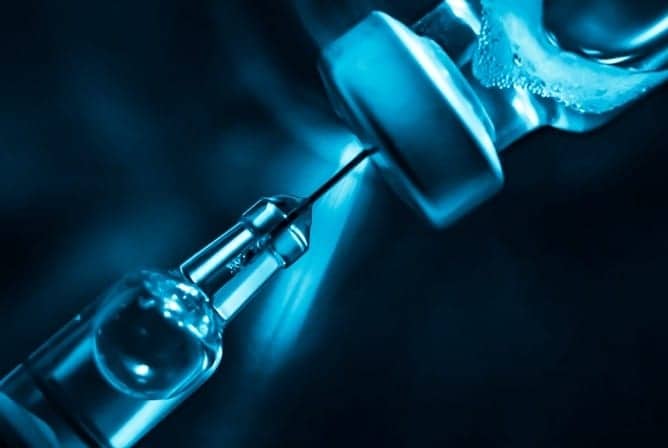 Among adults admitted to a hospital with pneumonia, patients who received a flu vaccination had a lower chance of being readmitted, according to data presented at Chest 2019.
The co-occurrence of influenza and pneumonia has been well established, accounting to up to half of deaths during seasonal influenza in the United States. Although the beneficial effects of flu vaccination are well described, vaccination is often regarded as a primary care service.

The researchers conducted a retrospective study using the AHRQ-HCUP Nationwide Readmission Database to study 735,120 hospital admissions for community-acquired pneumonia to understand the role of influenza vaccinations in reducing health care spending. They found that the in-hospital flu vaccinations were given to 1.91% (13,983) of the patients admitted with pneumonia.

The investigators found that the overall 30-day rate of readmission was 11.9%. Nearly all return patients (81%) were readmitted with pneumonia. The readmitted patients had double the risk of dying (7.69%) than the index admissions (3.32%). A total of 489,247 hospital days was associated with readmission, and the total healthcare in-hospital economic burden was $1 billion in costs and $3.67 billion in charges.

“One striking fact that we also discovered in this study is that less than 2% of patients hospitalized with pneumonia received a flu vaccination during their hospital stay, which indicates an underutilized service with significant implications on hospital readmission and mortality,” said Kam Sing Ho, MD, from Mount Sinai St. Luke’s and Mount Sinai West, New York City. “Essentially, we are ‘missing out’ on a golden opportunity.”

Ho added: “The National Readmission Database provides a platform to identify these correlations. This is an early study with promising results, which we are planning to further refine with our own hospital database. In the future, we want to incorporate routine influenza vaccination for all adults hospitalized with community-acquired pneumonia.”

“This study highlights the importance of implementing influenza vaccination, specifically in patients with a diagnosis of community-acquired pneumonia,” commented Michelle Cao, MD, member of the American College of Chest Physicians Scientific Presentations and Awards Committee and Clinical Associate Professor at Stanford University, California. “Although yearly influenza vaccination is widely recommended and highly publicized during the winter months, the key challenge is how to successfully implement vaccination in patients who would highly benefit from vaccination but are difficult to access for care.

“Flu vaccination is considered a ‘primary care-driven service,’” Cao added. “The question is how to best develop practices that would ensure successful vaccination in the inpatient setting, specifically for patients admitted for community-acquired pneumonia. Successful protocols would potentially be used in other inpatient populations as well. This would have significant implications on morbidity, mortality and economic burden.”