Researchers at Northwestern University have discovered one of the ways the influenza virus disarms the body’s natural defense system. The virus decreases the production of key immune system-regulating proteins in human cells that help fight the invader. The virus does this by turning on the microRNAs that regulate these proteins.

The researchers are among the first to show the influenza virus can change the expression of microRNA to control immune responses in human lung cells.

Their findings appear in the Journal of Biological Chemistry.

The findings reveal a new aspect of the interaction between the influenza virus and its host. Knowing how viruses disable the immune system to wreak havoc in the body will help researchers design therapeutics to preserve the immune response and keep people healthy. The knowledge also may be valuable for future diagnostics.

"It’s a battle of supremacy between virus and host," said Curt M. Horvath, PhD, professor of molecular biosciences at Northwestern and senior author of the paper. "Our goal is to understand how the flu replicates in the host. Now we’ve discovered a new pathway in which the flu controls the immune response, by shutting down vital protein production. With better understanding of this mechanism, one day we may be able to customize therapeutics to target individual flu strains."

A microRNA has only 17 to 24 nucleotides, and its function is to dampen or shut down the production of proteins in the body. There are hundreds of different types of microRNAs in animals.

It’s been known for many years that when a virus such as influenza infects respiratory cells there is an immediate antiviral response at the cellular level—the first barrier for protecting the body from the virus. Most of the changes that occur are a result of antiviral gene expression.

About 10 years ago, scientists first learned about small RNA pathways called microRNAs, which regulate gene expression. This led Horvath, who is also professor of microbiology-immunology and medicine at the Feinberg School of Medicine, to want to investigate the role of microRNAs in influenza virus infection and determine what they are contributing to the antiviral response. Exactly which genes might the microRNAs be targeting?

In their current study, Horvath and his team used human lung cells, infected them with the influenza A virus and looked to see which microRNAs were activated in response to the virus. They focused on six microRNAs that were found to increase in abundance during flu infection.

The researchers found the virus activated two microRNAs that turned on the genes IRAK1 and MAPK3. This resulted in a decrease in the amount of proteins that help turn on the immune response.

Having identified a specific set of microRNAs whose expression in host respiratory cells is changed by the influenza virus, Horvath next is interested at looking at the clinical outcomes. He is working with Pedro C. Avila, MD, professor of medicine-allergy-immunology at the Feinberg School to see if the microRNAs are disregulated in patients with influenza. 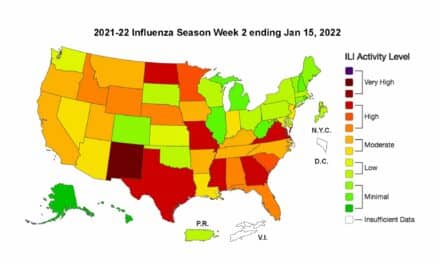