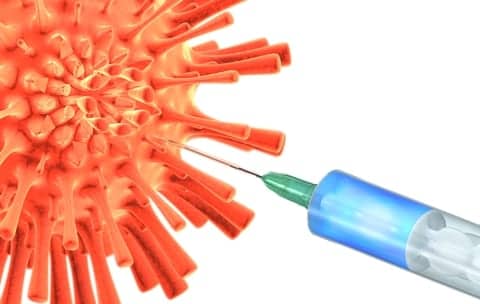 The results of a recent study shows that a flu vaccine given just under the skin’s surface that includes four strains of inactivated influenza may be more protective than a similar flu vaccine containing only three strains. Findings from this flu vaccine study parallel earlier results that found adding a strain of influenza B could improve the effectiveness of a flu vaccine nasal spray and a traditional intramuscular vaccine, according to a Saint Louis University news release.

During the study, 3,355 volunteers between the ages of 18 and 64 years were vaccinated at 38 sites in the United States. The volunteers were randomized to receive one of three vaccines: the licensed trivalent intradermal vaccine for the 2012-2013 flu season; the quadrivalent flu vaccine that contained two A flu strains and both lineages of the B strains; or an alternate trivalent intradermal vaccine that contained two A strains and the B strain that was not in the licensed seasonal flu vaccine.

In addition, adding another B strain did not compromise the vaccine’s ability to cause the body to mount an immune response to the other flu strains. The responses of those given the quadrivalent vaccine were the same as those of volunteers who received the vaccine with two strains of A and the strain of B that matched the B strain in the 2012-2013 seasonal flu trivalent vaccine, according to Saint Louis University.

Geoffrey Gorse, MD, lead author of the study, says, “We found adding a fourth strain to the vaccine increases the chance the vaccine will match the circulating flu B strains. At the same time, the addition didn’t compromise the vaccine’s ability to protect against the other three strains and was just as safe. Over time, the four-strain vaccine may be an important strategy to provide improved protection against influenza.”