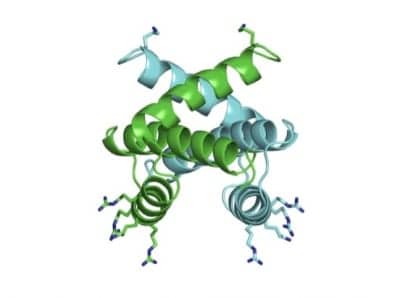 This region of the NS1 viral protein binds the host protein DDX21, making it a potential target for new antivirals against the influenza virus

DDX21 — a protein produced by human body cells — has been found to block the cellular replication process that takes place when an influenza virus infects a human cell, according to scientists at the University of Texas at Austin.

When an influenza virus infects a human cell, it uses some of the host’s cellular machinery to make copies of itself, or replicate. In this study, researchers discovered that DDX21 blocks this replication process.

This finding makes the protein a potentially good target for antiviral drugs directed against the influenza A virus, which could help the millions of people annually infected by flu — up to 500,000 people die each year as a result of the influenza virus, researchers say.

Investigators with the study, which was published in the journal Cell Host and Microbe, also discovered that a protein created by the virus, NS1, in turn blocks DDX21 and promotes viral replication.

“If you could figure out how to stop NS1 from binding to DDX21, you could stop the virus cold,” said Robert Krug, a professor in the College of Natural Sciences at The University of Texas at Austin and corresponding author on the study.

According to Krug, in addition to countering the body’s defense mechanisms, the viral NS1 protein actually performs other important roles for the virus, such as inhibiting the host’s synthesis of interferon, a key antiviral protein.

“It means that if you could block that NS1 function, you’d be blocking not only its interaction with DDX21 but many other important functions, so it’s a great target,” he added.

Krug and his team discovered that the viral NS1 protein is often associated, or bound together, with the host DDX21 protein in infected human body cells. To understand what role DDX21 might play in virus replication, the researchers used a technique called siRNA gene silencing to knock down the production of DDX21 in infected cells. When they did, virus replication increased 30 fold.

“That told us that DDX21 is a host restriction factor, that it inhibits replication,” Krug said. “That was the key to understanding what was happening. It was an exciting moment.”

The researchers also discovered that DDX21 blocks replication by binding to a protein that the virus needs to replicate, called PB1. Finally, they discovered that NS1 binds to DDX21 and makes PB1 available again for replication. This result confirmed that NS1 was indeed the countermeasure used by the virus to get around the body’s natural defense mechanism. 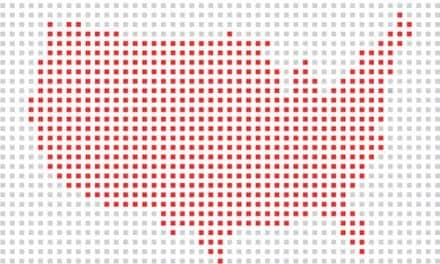 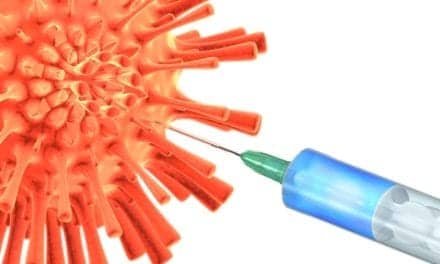