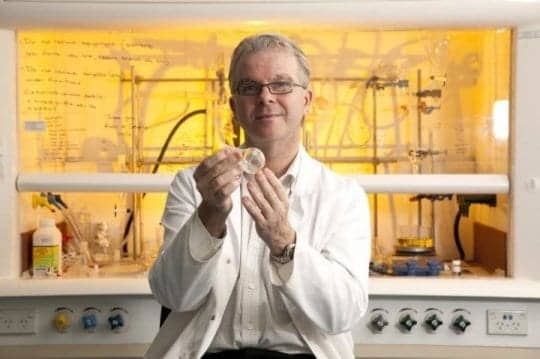 Researchers at the Griffith’s Institute for Glycomics have shown that two existing drugs on the market can work together to more effectively treat the human parainfluenza virus (hPIV). According to a Science Daily news report, there are currently no vaccines or therapies available to treat or prevent hPIV, which is the second most prevalent cause of acute respiratory tract infection in infants in the world.

Institute Director Professor Mark von Itzstein and his research team showed that the drug Suramin, an antiparasitic drug used to treat human sleep sickness, combined with the anti-influenza virus drug Relenza had a much higher ability to block the infection. The researchers discovered the potential of Suramin to be used for the treatment of hPIV while screening tests of a wide range of approved drugs presently used to treat a variety of other diseases.

The research was undertaken in collaboration with Professor Ralf Altmeyer from the Institute Pasteur Shanghai-Chinese Academy of Sciences in Shanghai and joint PhD student Benjamin Bailly with other Institute for Glycomics researchers Larissa Dirr, Patrice Guillon and Ibrahim El-Deeb. The Institute collaborates with leading scientists around the world to build a critical mass around multidisciplinary research to control a wide range of medical conditions, according to Science Daily.

“This study offers a potentially exciting avenue for the treatment of parainfluenza infection by using a combining and repurposing approach of well-established approved drugs,” says Professor von Itzstein. “Together they complement each other to inhibit parainfluenza growth and may mean it can be prescribed as a lower dosage of each for treatment.”