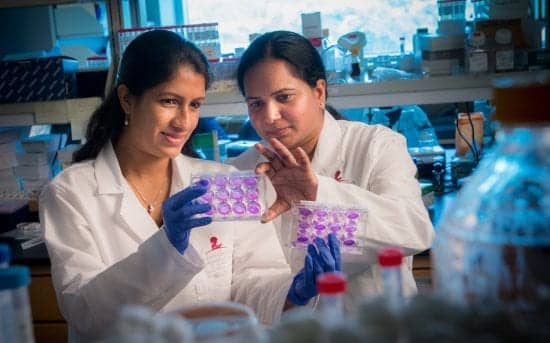 Immunologists at St. Jude Children’s Research Hospital have identified the protein trigger in the body’s quick-reaction innate immune system that specifically recognizes the influenza virus in infected cells and triggers their death, according to a hospital news release. The researchers say that by identifying this virus sensor, called ZBP1, it may offer the hope of developing drugs to protect against influenza’s occasionally dangerous complication of pneumonia. The pneumonia is exacerbated by lung inflammation and cell damage caused by overreaction of the innate immune system, and such drugs could modulate ZBP1’s action, allowing the body to fight the virus by killing infected cells but preventing the overreaction.

The researcher aimed to understand how the body’s innate immune system is alerted to the presence of the virus and mobilizes to trigger infected to commit “suicide.” The team first sought to identify the specific machinery that the innate immune system uses to induce cell suicide, eventually identifying the machinery as a biological pathway controlled by type I interferon. Once the pathway was identified, the research team began to search for the protein molecule that actually recognizes the virus and triggers the cell death machinery. The St. Jude Children’s Research Hospital news release indicates that the experiments used cells from genetically altered mouse strains to discover whether or not the cells lacking that protein would commit suicide when infected with influenza.

The researchers discovered that the cells lacking a protein called ZBP1 were completely resistant to viral-induced cell death. The result was surprising because ZBP1 was known to sense foreign DNA in the cell, but the influenza virus uses RNA as its genetic material, according to St. Jude Children’s Research Hospital. Thirumala-Devi Kanneganti, PhD, a member of the St. Jude department of immunology, says, “Our discovery was totally unexpected. We never thought we would actually identify this molecule to be important in influenza viral infection, because there is no DNA stage in the influenza life cycle.”

Additional experiments showed that ZBP1 was a “master assassin” in the cell, responsible for triggering three separate cell death pathways. The researchers also moved their studies from cells to whole animals and tested the effects of knocking out the ZBP1 gene in mice infected with influenza, and because the innate immune system was not killing off infected cells, the mice showed an increased viral load and delayed recovery. However, because the immune system wasn’t able to overreact, the mice showed reduced lung inflammation and damage to lung cells and were protected from mortality.

“Since the pathology that we saw in the mice matches what is seen in humans, we will now explore translating these findings to humans. If we can somehow modulate the activation of this pathway, then that will help to decrease the exaggerated inflammatory response that causes mortality during influenza infection,” Kanneganti explains. “We have shown that these molecules are important in viral infections, but now we want to test their role in other inflammatory conditions. ZBP1 is likely not dedicated to attacking only the influenza virus. Maybe it also plays other roles, and if we fully understand those roles, we can learn how to manipulate immune responses.”

How Effective Is the Flu Vaccine for Children?