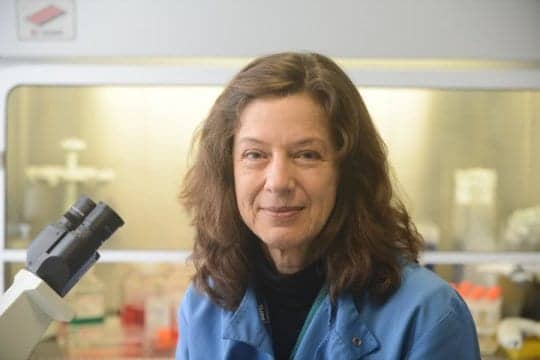 According to research, a common flu virus could be used to overcome patients’ resistance to certain cancer drugs and improve how those drugs kill cancer cells.

In a study published in the journal Oncotarget, the team at QMUL’s Barts Cancer Institute introduced a genetic modification to the virus, called adenovirus, to give it an extra weapon against cancer cells.

By switching off a particular gene in the virus which counteracts apoptosis, the scientists found cancer cells studied in the laboratory were unable to delay apoptosis and so forced to die without dividing. The modified virus still infects some cancer cells and replicates until the cell bursts, but by also preventing the cancer cells from developing drug resistance, it works with the anti-cancer drug to increase the number of cells that are killed.

“Many cancers — including pancreatic cancer — become resistant to treatments like gemcitabine, and currently there’s no way to get round that,” explains Dr Gunnel Halldèn, who led the research. “The virus that we have modified re-sensitises the resistant cancer cell by preventing the cell from repairing itself. The virus alone will kill some tumour cells, but in combination with the drug, the number of cells that are killed is greatly increased.

“Because the virus improves the efficacy of the drug, it means it could also be possible to give lower doses, which will also reduce the unpleasant side-effects associated with chemotherapy,” she adds.

Developing virus-based cancer therapies has been a key goal in cancer research for several years and some technologies have already moved into the clinic: last year, for example, a melanoma therapy, based on a herpes virus called T-VEC, was approved for use in the US and in Europe.

Universal Flu Vaccine May Be One Step Closer