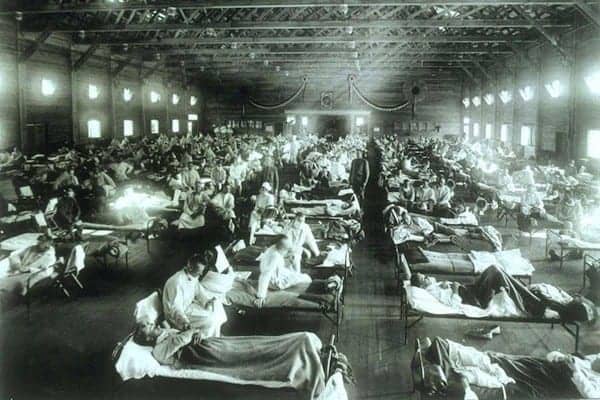 On Sept. 28, 1918, hundreds of thousands of people gathered in Philadelphia to watch a patriotic spectacle. But the Liberty Loan Parade, which was to promote government bonds that would help pay for the Allied cause in World War I, had an unwelcome guest: influenza.

Within 72 hours, area hospitals overflowed with flu patients. Within weeks, nearly 13,000 were dead. Today, historians blame the packed parade for the spread of the devastating influenza epidemic in the city. (Worldwide, about 500 million people were infected and at least 50 million died in the pandemic, according to the Centers for Disease Control and Prevention.)

Echoes of that deadly event will sound on Saturday, when a performance art parade takes to the streets of Philadelphia.

The parade kicks off “Spit Spreads Death,” a new exhibition and project by the Mütter Museum of the College of Physicians of Philadelphia opening Oct. 17. It was designed by Blast Theory, a British art collective that specializes in immersive, interactive media installations.