Although the study is still underway, select findings have been published in the American Journal of Respiratory and Critical Care Medicine. According to researchers, the study also has helped explain why infants and toddlers are at elevated risk for flu complications.

The discovery came after investigators tracked flu infections for 28 days in 84 individuals with community-acquired influenza during the 2009-2010 and 2010-2011 flu seasons. Study participants ranged in age from 3 weeks to 71 years old and included 41 infants and toddlers aged 23 months or younger.

Researchers found that patients with elevated levels of three particular immune system regulators, or cytokines, early in the infection were more likely to develop severe flu symptoms and to be hospitalized than patients with lower levels of the same regulators.

The cytokine levels early in the infection were predictive of flu-related complications regardless of patient age, flu strain, the ability of the virus to replicate and other factors. The cytokines involved help to regulate inflammation driven by the innate immune response. The innate immune system serves as the frontline of the body’s defense against flu and other threats until antibodies and T cells are ready to provide a more targeted defense.

Study participants were recruited by research collaborators at Le Bonheur Children’s Medical Center, a general children’s hospital in Memphis, where patients are still being enrolled in the study. Researchers also plan to check for immune signatures in flu patients from sites in the United States, Egypt, Colombia, and other nations.

“Patients in this study could handle the flu virus and clear it from their lungs in a week to 10 days. The problem for patients with this immune signature is likely the inflammatory environment in their airways created by the innate immune system in response to the virus,” said corresponding author Paul Thomas, PhD, an assistant member of the St. Jude Department of Immunology. “Clinically, we need to explore targeted therapies to address this problem separately from efforts to clear the virus.”

The findings provide insight into why the benefits of the antiviral drug oseltamivir diminish early in the infection. “This drug helps get rid of the virus, but these patients do not appear to have a problem with that,” Thomas explained.

Flu remains a leading cause of illness and death worldwide. In this study, 19 patients were hospitalized, including four who were admitted to an intensive care unit.

Researchers tracked both the flu infection and the resulting immune response through blood, nasal swabs and nasal wash samples collected from patients with laboratory-confirmed flu. Sampling began when patients sought medical attention for flu symptoms and was repeated on days 3, 7, 10 and 28. Along with measuring levels of flu virus in the nose and sinuses, researchers measured 42 cytokines and antibodies against circulating flu viruses.

This is one of the first studies to examine the immune response in both the blood and in the nose and sinuses, where the infection begins. The patients included 24 who qualified as high-risk for flu complications due to asthma and certain other underlying medical conditions. Similar sampling was conducted on 126 volunteers recruited from the households of flu patients.

The testing showed children and adults were equally successful at eliminating the virus regardless of the subtype. In fact, based on cytokine levels in the blood, nose and sinuses of patients, children mounted a more aggressive inflammatory response than adults. “The fact that the innate immune response was stronger in the airways of children than adults was a surprise. Previous studies using different measures reported that children mounted a weaker immune response,” said first author Christine Oshansky, PhD, a St. Jude postdoctoral fellow. In this study, the hyperactive immune response diminished with age, but Thomas said it may help explain why toddlers and infants are more likely to develop severe flu symptoms. Normal genetic variation might play a role in the innate immune response, he added.

Researchers also found evidence linking inflammatory cytokine levels to white blood cells called monocytes that are recruited to the site of the infection. Through cytokine secretion and other activities, different types of monocytes have the ability to orchestrate a variety of inflammatory responses. Some responses are likely beneficial, but some may hinder patient recovery. Work has begun to better understand what regulates production and movement of different monocyte populations as a way to better explain differences in the inflammatory response to flu. 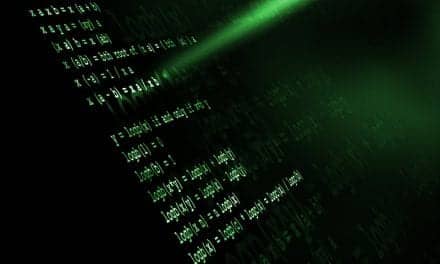