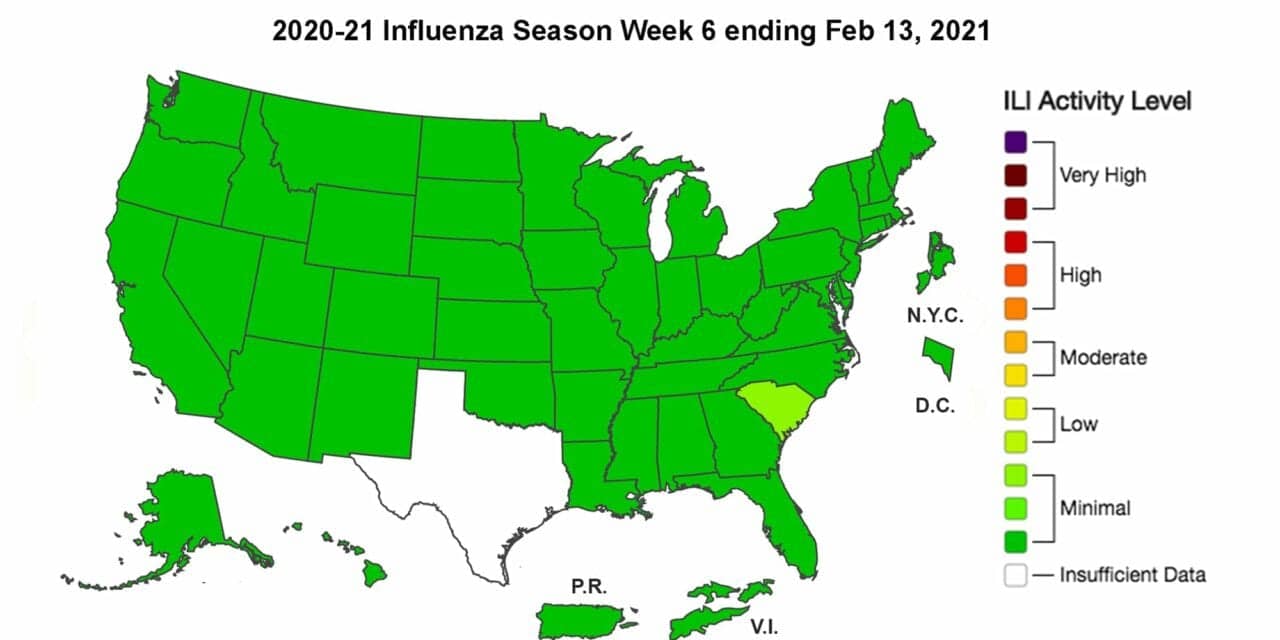 Out of the 308,819 patients who were tested for influenza by public health laboratories this season, just 198 specimens came back positive, according to the latest data published by the US CDC. This is lower than rates for any season since routine data collection started in 2005.

Hospitalization and serious complications from the flu virus are also down. The CDC’s weekly FluView report shows that there have been 173 lab-confirmed influenza hospitalizations for an overall hospitalization rate of .6 per 100,000 population, significantly lower than average for this time of the year. The majority of positive cases are attributed to influenza A.

The latest available data shows that most states throughout the United States have minimal flu activity. And only 1.1% of patient visits, during the recently reported week, were due to influenza-like symptoms, below the typical levels for February.

The CDC warns that while flu activity remains low, rates could climb in coming months, and the flu vaccine is still recommended for those who are not yet inoculated.

“Flu activity is unusually low at this time but may increase in the coming months,” the CDC report says. “An annual flu vaccine is the best way to protect against flu and its potentially serious complications. If you haven’t gotten your flu vaccine yet, get vaccinated now.”

While flu cases are at record low levels, pneumonia deaths are elevated due to the novel coronavirus, SARS-CoV-2. Just over 22% of deaths during the week ending February 13, 2021, were attributed to respiratory illness, far higher than typical levels for this time of the season. Weekly mortality surveillance data from the CDC shows that, while deaths are still elevated, the cases appear to be decreasing.