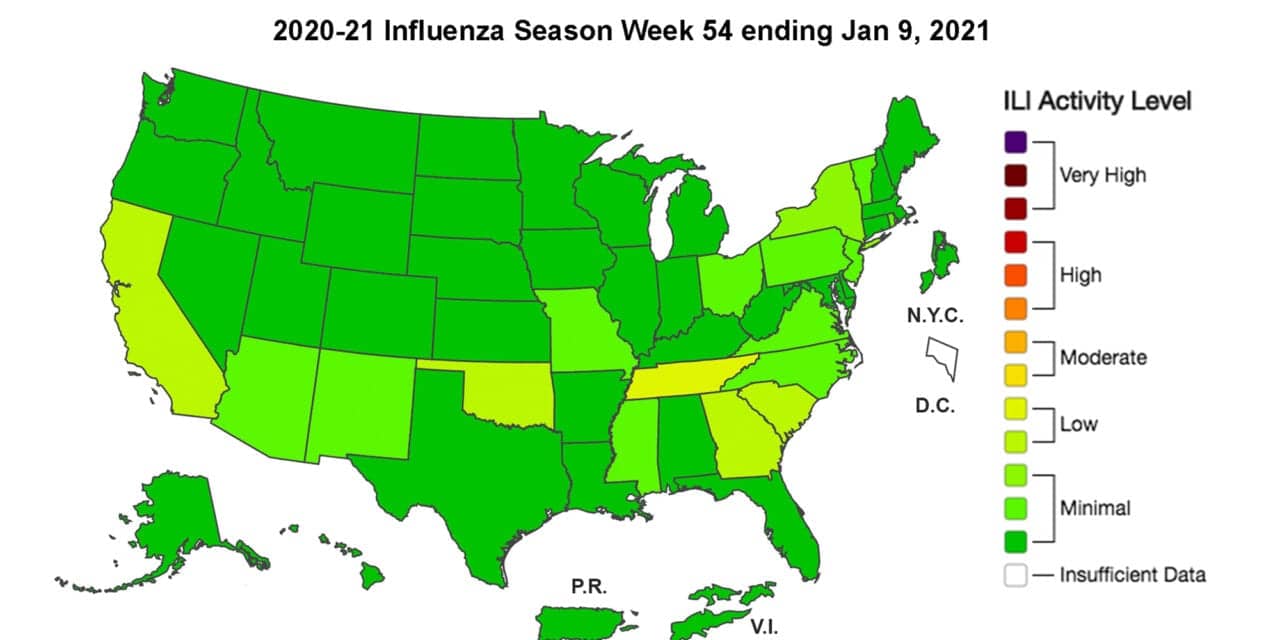 The rise of the novel coronavirus has overshadowed what would normally be the height of flu season, as the US Centers for Disease Control and Prevention (CDC) reports remarkably low levels of influenza.

The weekly CDC report FluView shows that most states continue to experience minimal flu activity and few patient samples have tested positive for influenza during this season. There are a number of reasons for this downward trend.

It’s thought that more people, fearing a “twindemic” got flu shots this year. As of January 1, 192.5 million doses of flu vaccine have been distributed in the throughout the country, the highest number of flu doses ever distributed in the United States during a single flu season, according to the CDC.

Surveys taken in late December report that 53 to 54% of people have received the flu vaccine, higher than the previous season’s coverage estimates for adults of 42% by December 2019.

Additionally, people are taking more precautions than in previous years to not spread germs. Social distancing and increased hand washing could have also played a part in the decreased number of flu cases this year, Elizabeth Lee, an epidemiologist specializing in infectious diseases at the Johns Hopkins’ Bloomberg School of Public Health, tells Popular Science.

“Since that isn’t happening, there’s definitely a trickle-down effect to other respiratory viruses circulating at this time,” Lee says.

Despite the current trend, the CDC warns that flu is still a concern and cases could rise in the coming months.