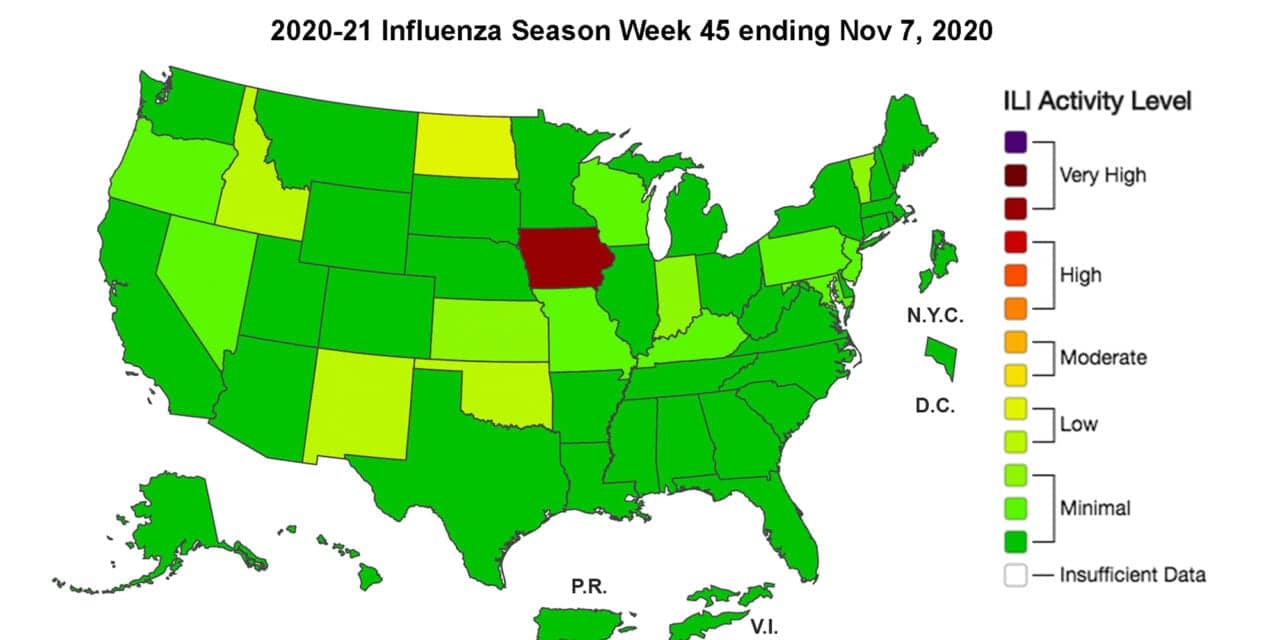 While flu cases throughout most of the United States are still low, Iowa is seeing an uptick in new flu cases.

Iowa reported “very high” flu activity for the week ending Nov 7, according to the CDC’s FluView report. Nationwide, flu cases are lagging behind their usual levels for this time of the year. Overall, flu activity increased from 1.3 to 1.5 % of outpatient visits for the reporting week. This percentage is lower than the national baseline of 2.6%. So far this flu season has seen no pediatric flu deaths.

Iowa is the only state reporting very high flu activity, while Kansas, Missouri and Nebraska are experiencing more cases than what is typical for this time in the season.

Across the country, the percentage of respiratory specimens testing positive for the flu at clinical laboratories was 0.2% for the reporting week, a slight increase from the week prior.

Additionally, influenza A is emerging as the dominant strain early in the season. Since Sept 27th, 52.7% of laboratory-confirmed positive flu cases were influenza A, while 47.3% were influenza B.

The CDC has not yet started reporting flu hospitalization data.