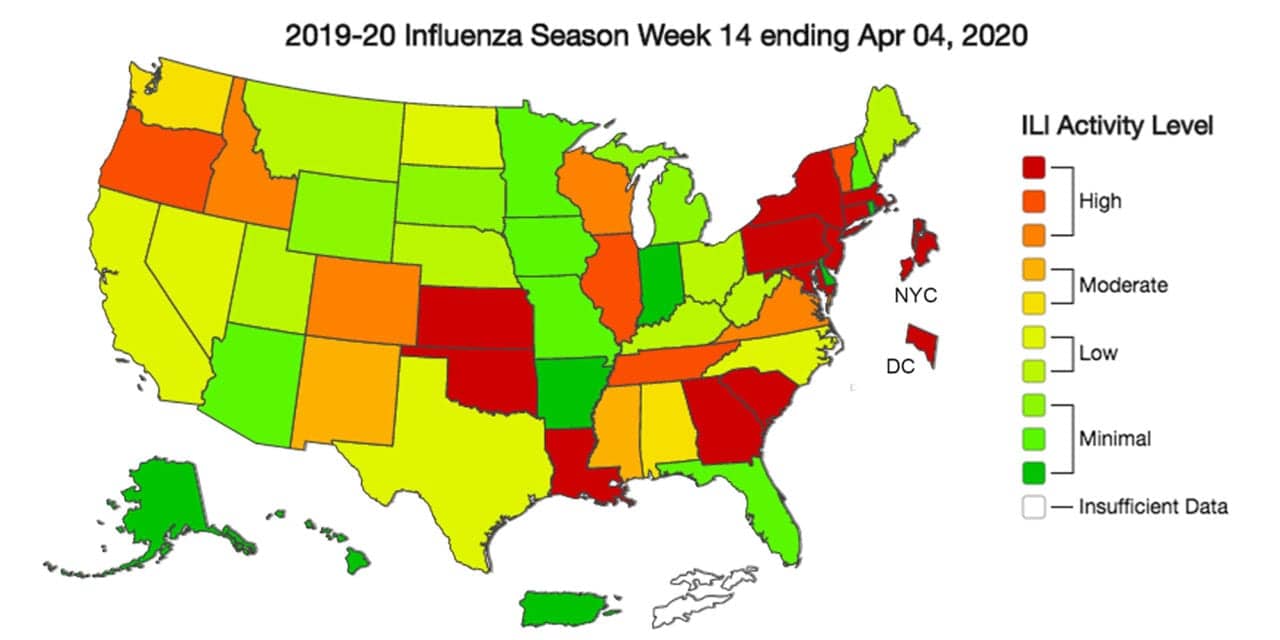 As flu season begins to slow, data from the US Centers for Disease Control and Prevention shows that laboratory confirmed influenza-associated hospitalization rates are overall higher than many recent seasons.

Nationally, the percent of laboratory specimens testing positive for influenza at clinical laboratories continued to decrease and is now low with the majority testing positive for Influenza A (H1N1).  So far this season, there have been at least 39 million flu illnesses, 410,000 hospitalizations and 24,000 deaths from flu, according to the CDC’s Weekly FluView Report for Week 14.

While the hospitalization rate for flu illnesses is high this season, most adults who become ill enough to go to the emergency room have other underlying health conditions. CDC data demonstrates that of the 3,433 hospitalized adults, 92.3% had at least one reported underlying medical condition. The the most commonly reported comorbidities include cardiovascular disease, metabolic disorder, obesity, and chronic lung disease. Among 569 hospitalized children, 48.5% had at least one underlying medical condition. The most common underlying condition in children was asthma.

According to the report, this season there have been 166 influenza-associated deaths in children. The CDC says that this number is high compared to recent seasons. Hospitalization rates for school-aged children between the ages of 5 and 17 are higher than most recent seasons.

How Well Can H7N9 and H5N8 Genetically Mix with a Seasonal Strain?