CDC: Influenza Activity is Increasing in Most of the Country 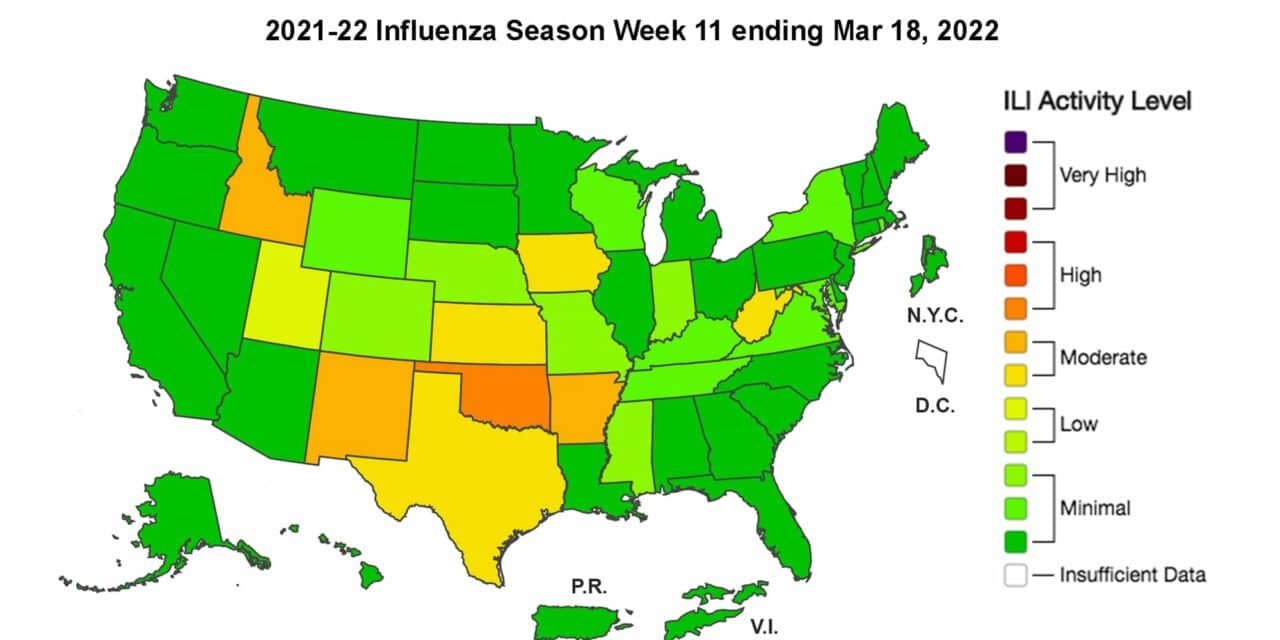 Data from the most recently reported week shows a 7.7% flu-positivity rate for samples tested in laboratories throughout the country, one of the highest flu-positivity rates of the season. Overall, the percentage of outpatient visits due to respiratory illness increased slightly this week but is still below baseline.

“Influenza is contributing to levels of respiratory illness, but other respiratory viruses are also circulating. The relative contribution of influenza varies by location,” the CDC FluView report says.

So far, most of the influenza activity is due to A(H3N2) viruses, which have been the most frequently detected flu viruses this season. Of the 8,700 influenza positives reported by the public health labs and also tested for SARS-CoV-2, 476 (5.5%) were also positive for SARS-CoV-2.

According to the CDC report, 9.1% of the deaths during the week ending March 19, 2022, were due to pneumonia, influenza, and/or COVID-19. This percentage is higher than the epidemic threshold of 7.1% for this week.

So far, the CDC estimates that this season there have been at least 3.1 million flu illnesses, 31,000 hospitalizations, and 1,800 deaths attributed to influenza.