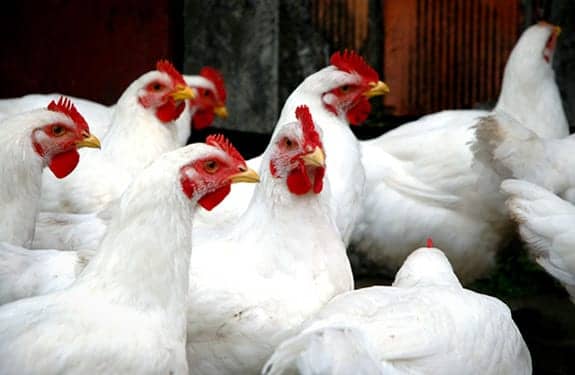 A bird flu outbreak in Iowa was detected in a commercial flock of laying hens, the third outbreak the state has experienced in less than a month.

The Iowa Department of Agriculture said Friday it has confirmed a bird flu outbreak in a commercial egg-laying operation in Taylor County, a southwestern county located on the Missouri border.

The state said nearly 920,000 laying hens would be destroyed to prevent the spread of the disease that’s highly contagious to other birds. Gov. Kim Reynolds issued a disaster declaration for Taylor County, allowing the state ag department and other agencies to help track, monitor and contain the disease, as well as dispose of birds and disinfect facilities.

State officials have quarantined a six-mile circle around the site, to restrict movement in and out of, as well as around the facility, said Chloe Carson, spokesperson for the Iowa Department of Agriculture.

Iowa has experienced two other outbreaks of the virus as it also spreads in other states across the U.S. Officials confirmed the first outbreak March 1, when a backyard flock of 42 chickens and ducks tested positive for highly pathogenic avian influenza; and on Sunday, when 50,000 turkeys in a commercial facility in Buena Vista County tested positive for the virus.

Iowa Agriculture Secretary Mike Naig said in a statement Friday that the state is working closely with the U.S. Department of Agriculture and livestock producers “to control and eradicate this disease from our state.”

Get the full story at desmoinesregister.com.