Scientists Develop 3-D Structure of Anthrax Toxin
A three-dimensional molecular image of how anthrax toxin enters human cells may give scientists more potential targets for blocking the toxin, the lethal part of anthrax bacteria. The finding also points to a possible way to design anthrax toxin molecules that selectively attack tumor cells, as described in the journal Nature published online July 4. The study, funded by the National Institute of Allergy and Infectious Diseases (NIAID), part of the National Institutes of Health, was led by Robert C. Liddington, PhD, of the Burnham Institute in La Jolla, Calif.

“This elegant work provides important new leads for the development of novel antitoxins to protect people from anthrax, a dangerous and serious bioterror threat,” says NIAID Director Anthony S. Fauci, MD. “It also leads us closer to therapies that could save lives late in the disease when large amounts of toxin are present and antibiotics are less effective.”

Sprayed into the noses of monkeys, a single dose of the recently studied test vaccine protects against the SARS virus, according to Alexander Bukreyev, PhD, Peter Collins, PhD, and coworkers at the NIAID. The researchers’ work was published in the June 26 issue of the British journal The Lancet. This vaccine differs from the previous two NIAID-studied vaccines in that it is delivered directly into the respiratory tract, the primary site of SARS infection; it is the first US vaccine to be tested in monkeys; and only one dose is needed for protection. The previous two vaccines were tested in rodents, and each required two doses for protection.

“While much has been accomplished in our quest for a vaccine against SARS, a vaccine may provide little benefit to someone already infected,” Fauci says. “Human SARS antibodies could offer a double benefit: They could be used as a potent frontline defense for health care workers and others at high risk of exposure and as an effective treatment for those individuals newly exposed to the virus.”

An international research team collaborating with NIAID has developed a laboratory technique that can mass-produce human antibodies that thwart the SARS virus in mice. The new technique could become an important tool for developing a cocktail of SARS-specific antibodies that might help protect people recently exposed to the SARS virus or at high risk of exposure. The technique also could make possible the development of a similar approach to prevent or treat other illnesses, such as HIV/AIDS and hepatitis C.

The report describing these findings appears in the July 11 online issue of Nature Medicine. 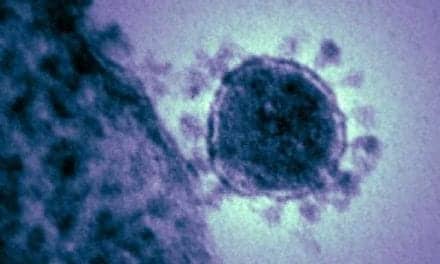