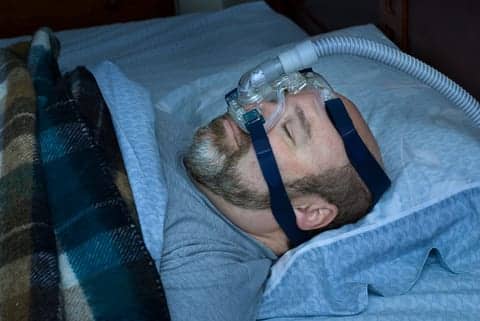 Sleep-disordered breathing often predicts the development of atrial fibrillation (AF) in older men, according to research published in American Journal of Respiratory and Critical Care Medicine.

The researchers found that participants of a multicenter prospective cohort who had central sleep apnea or central sleep apnea with Cheyne-Strokes respiration, both caused by abnormal respiratory signals from the brain, were at greater risk of developing AF compared to those without central sleep-disordered breathing. The risk increased with age.

The results help identify strategies for preventing AF, a common heart condition whose prevalence is projected to increase as the population ages. Previous research had demonstrated an association between sleep-disordered breathing and AF, but the direction of the association was unclear: did sleep-disordered breathing predict increased risk for developing AF or vice versa?

The researchers studied 842 men who were enrolled in the multicenter Outcomes of Sleep Disorders in Older Men Study (MrOS Sleep Study). The average age of the men at enrollment was 75. Men with baseline AF were excluded from further study. After an initial polysomnography test, they were followed for an average of 6.5 years. Upon follow-up, 99 patients had developed AF.

The researchers adjusted for established risk factors, including heart failure and other cardiovascular diseases, as well as for age, race, body mass index and cholesterol.

Authors said that because the study enrolled older men, its conclusions may not apply to younger people or women. They recommend future studies incorporate echocardiography to examine changes in heart structure and function and how those changes relate to sleep-disordered breathing and AF.

The research was funded by the National Institutes of Health.

Laryngoscope that Combines Video and Articulation Could Help with Difficult Intubations