A new study finds that very low birthweight Down syndrome infants are at higher risk for disorders of the lungs and heart than are very low birthweight (VLBW) infants who do not have a chromosomal variation. The study, conducted by researchers in the Neonatal Research Network of the National Institutes of Health’s Eunice Kennedy Shriver National Institute of Child Health and Human Development (NICHD), aimed to identify health concerns unique to this group of infants, to inform their care and treatment. The findings were published in the journal Pediatrics.

The study found that VLBW Down syndrome infants—defined as infants weighing less than 3.5 pounds—had more than twice the risk of death during infancy as VLBW infants born without a birth defect or chromosomal variation. The increased risk of death was due in part to the more frequent occurrence of conditions affecting the lungs, heart, and digestive tract among the Down syndrome infants, and greater likelihood of life-threatening blood infections.

The researchers found that VLBW Down syndrome infants were about 2.5 times more likely to die in infancy than were VLBW infants who did not have a chromosomal variation or a birth defect. This increased risk was attributed in part to a greater likelihood of bronchopulmonary dysplasia (a lung disorder that may impair breathing), as well as patent ductus arteriosis (a malformation of the heart), necrotizing enterocolitis (a serious inflammation of the bowel), and sepsis. Infants with Down syndrome had roughly the same chance of survival as did infants with non-chromosomal birth defects. 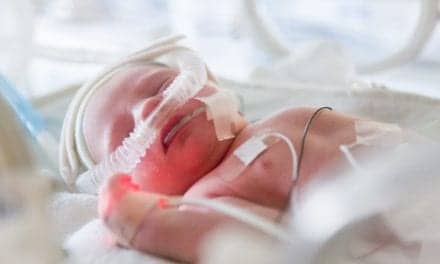