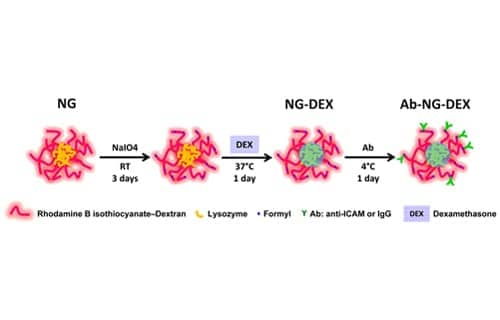 Pulmonary inflammation can cause shallow breathing and the lungs to become brittle in patients who experience multiple blood transfusions, sepsis, lung surgery and acute lung trauma.

This complication can leave patients on ventilators, which can further traumatize the lungs, and often results in a mortality rate of 30 to 40%. To date, no medication has been successful at preventing or mitigating the damage caused by lung inflammation.

Now, a multidisciplinary research team has found that when delivered by a microscopic transporter called a nanocarrier, steroids can access the hard-to-reach lung endothelial cells that need it most and are successful at preventing inflammation in mice.

This proof-of-concept study is published in PLOS One.

During the past year the team was awarded an National Science Foundation and two NIH grants to design nanocarriers for targeted drug delivery through a combination of computer modeling and laboratory experiments. This study represents the first of their experimental results.

The team used a nanogel, a specialized nanocarrier, for drug delivery made up of two molecules — dextran (a sugar) and lysozyme (a protein) — which mesh into a spaghetti-like ball that can fill with water to expand and contract. A specific lung-targeting molecule is attached to the carrier’s surface and the steriod, dexamethasone, an anti-inflammatory, is loaded into the nanogel, which then binds to lung endothelial cells lining the inside wall of the blood vessels where it rapidly delivers the drug.

“This is a treatment that benefits entirely from targeted delivery or it tends not to have any significant therapeutic benefit,” said David Eckmann, MD, PhD, of the Perelman School of Medicine at the University of Pennsylvania. “That’s part of the challenge with this disorder: we have been uncertain to this point whether it was the medication or its delivery mechanism that wasn’t working.”

“Our results in mouse models show beyond a shadow of a doubt that the drugs can be effective, we just needed to improve delivery,” added Eckmann. Acute lung injury develops as a result of direct or indirect trauma to the lungs. It compromises the hard-to-reach pores that enable gas exchange between the epithelial and endothelial barriers in the lungs. 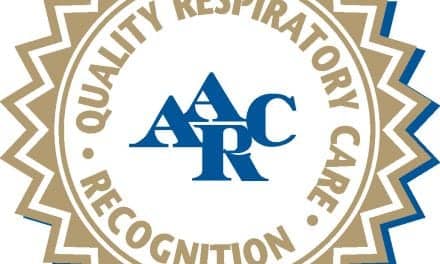