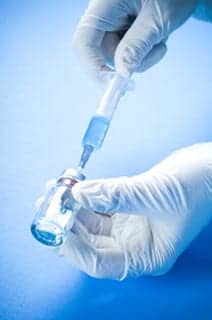 Children who receive an influenza vaccination have a reduced risk of flu-related intensive care hospitalization by as much as 74 percent, according to a study conducted by the US Centers for Disease Control and Prevention (CDC), which was published in the Journal of Infectious Diseases.

According to researchers, the study is the first to estimate vaccine effectiveness (VE) against flu admissions to pediatric intensive care units (PICUs). It illustrates the protection that the influenza vaccine provides to children against more serious flu outcomes. CDC recommends annual flu vaccination for everyone 6 months and older, and especially for children at high risk of serious flu-related complications.

“These study results underscore the importance of an annual flu vaccination, which can keep your child from ending up in the intensive care unit,” said Alicia Fry, a medical officer in CDC’s Influenza Division. “It is extremely important that all children – especially children at high risk of flu complications – are protected from what can be a life-threatening illness.”

Children younger than 5 years – and children of any age that have chronic medical conditions, such as asthma, diabetes, or developmental delays – are at high risk of serious flu complications.

During their research, Fry’s team analyzed the medical records of 216 children age 6 months through 17 years admitted to 21 PICUs in the United States during the 2010-2011 and 2011-2012 flu seasons. They found that receiving the influenza vaccine reduced a child’s risk of ending up in the pediatric ICU for flu by an estimated 74 percent.

These findings show that while vaccination may not always prevent flu illness, it protects against more serious outcomes, researchers say.

Though flu vaccination was associated with a significant reduction in risk of PICU admission, flu vaccine coverage was relatively low among the children in this study: only 18 percent of flu cases admitted to the ICU had been fully vaccinated.

More than half (55 percent) of cases had at least one underlying chronic medical condition that placed them at higher risk of serious flu-related complications, according to the study.

CDC usually measures flu VE against “medically attended flu illness” – that is, how well it protects against having to go to the doctor for flu symptoms. During the 2010-2011 and 2011-2012 seasons, the midpoint VE estimates against medically attended illness were 60 percent and 47 percent, respectively.

“Because some people who get vaccinated may still get sick, it’s important to remember to use our second line of defense against flu: antiviral drugs to treat flu illness,” Fry said. “People at high risk of complications should seek treatment if they get a flu-like illness. Their doctors may prescribe antiviral drugs if it looks like they have influenza.”

Flu causes hospitalizations in children each season, but how many children are affected varies, depending on the severity of the season. CDC estimates that 20,000 children younger than 5 years are hospitalized on average each year.

For children younger than 18 years, published studies suggest an annual range of flu-related hospitalization rates of between one child and seven children per 10,000 children. Between 4 percent and 24 percent of hospitalized children require PICU admission. 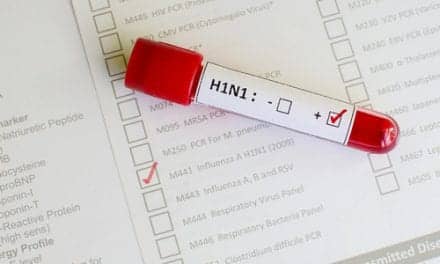