A new study from Johns Hopkins Children’s Center finds that exposure to common viruses in daycare puts children with chronic lung disease of prematurity (CLDP), a condition caused by premature birth, at risk for serious respiratory infections. The researchers say their findings, published in the journal Pediatrics, should prompt pediatricians to monitor their prematurely born patients, regardless of age, for signs of lung disease and to discuss the risks of daycare-acquired infections with the children’s parents.

The researchers interviewed the parents of 111 children ages 3 and under with CLDP about their child’s daycare attendance, infections, symptoms, emergency room visits, hospitalizations, and use of medications.

Children with CLDP who attended daycare (22 out of the 111) were nearly four times more likely to end up in the ER with serious respiratory symptoms than those who did not attend daycare, were twice as likely to need corticosteroids and were more than twice as likely to need antibiotics. Children who attended daycare were nearly three times more likely to have breathing problems at least once a week compared to those not attending daycare.

Because the often serious complications caused by these infections can land children in the hospital and require prolonged treatment, the researchers are urging pediatricians to make parents aware of the risk.

Among the 22 children with CLDP who attended daycare, 37% went to the ER for worsening symptoms since their last day in daycare, compared to 12% of children who did not attend daycare. More than 15% of those who attended daycare were hospitalized for viral illness, compared to 6% among those who did not attend daycare. Of those in daycare, 39% needed corticosteroids for their illness and 50% of them required antibiotics, compared to 19% and 26%, respectively, for those who were not in daycare. Children in daycare had more respiratory episodes in the week before their visit to the doctor. More than half of the children in daycare had respiratory symptoms in the week before their visit, compared to 29% of those not enrolled in daycare.

ICD-10 Coding Will Cause Various Problems for EDs 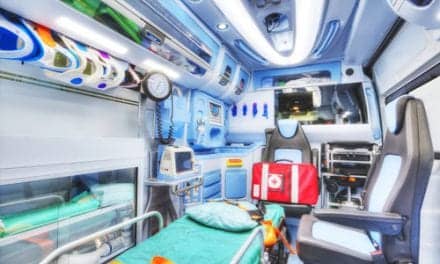