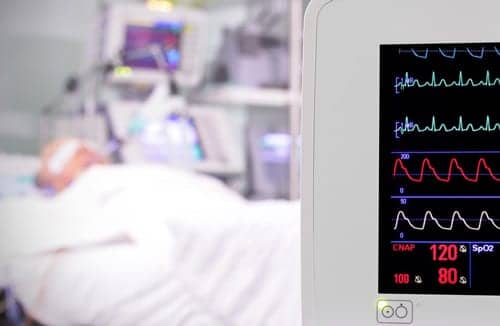 For patients who survive acute respiratory distress syndrome (ARDS), their subsequent quality of life has more to do with lifestyle factors than how sick they were in the hospital, according to a study published in Thorax.

Critical care researchers from Intermountain Medical Center in Salt Lake City studied 616 patients who were treated for ARDS to determine what factors played the most significant role in their quality of life six months following discharge from the hospital.

The researchers found that patient’s acuity, or level of illness, was not a significant marker in their subsequent quality of life. They found that lifestyle factors, specifically obesity and smoking, were associated with a worse quality of life rating.

The main complication in ARDS is that fluid leaks into the lungs making breathing difficult or impossible — and making it difficult to get oxygen into the blood. Most people who get ARDS are already in the hospital for trauma or illness, and are unable to breathe on their own without support from a ventilator.

With survival rates improving for ARDS patients, understanding and improving their quality of life outcomes is a clinical and research priority, according to the study’s principal investigator Samuel M. Brown, MD, MS, FASE, director of the Center for Humanizing Critical Care at Intermountain Medical Center.

Researchers from the National Institutes of Health ARDS Network, Johns Hopkins University, Brigham Young University and the University of Utah School of Medicine, also participated in the study.

“The ICU and the critical care environment are so focused on life-and-death issues, and we’re so busy as clinicians, that we often don’t have time to think about lifestyle factors, such as obesity and smoking and the role they play in our patient’s long-term quality of life. Our study emphasizes the need for us to do more of that,” said Dr. Brown.

The other important finding from the study is that patients’ level of acuity in the hospital is not a significant predictor of a poor quality of life after they’re discharged from the hospital.

“We see patients who we’re treating for ARDS who are very sick and, who at the time, may not look like their quality of life will be great, but our study shows that their level of acuity is not a marker of whether they will experience a high quality of life once they leave the hospital,” said Dr. Brown. “We found that quality of life for ARDS survivors is more influenced by lifestyle choices, such as smoking and obesity.”

Dr Brown said that study findings suggest that smoking cessation education should be incorporated into the critical care setting.

“Evidence from our study, and other evidence, suggests that there is an urgent need to better support these patients who survive ARDS because they’re confronting some difficulties and unique challenges,” said Dr Brown.

The next step of this research is to begin study specific interventions that benefit vulnerable patients at-risk for a poor quality of life after hospital discharge, he added.