The rule is set to take effect beginning January 2008 in 10 of the largest metropolitan statistical areas (MSAs), excluding New York, Los Angeles, and Chicago. According to CMS, the final rule is focused on improving both service delivery and quality of care, while getting savings for beneficiaries and taxpayers. An ambitious goal, but I foresee problems down the road. Even CMS admits that competitive bidding could result in pressures on profit margins, and suppliers could attempt to restore profits by supplying less expensive and possibly lower-quality products and services. This could result in postponement of preventive maintenance, delayed service calls, limited product selection, or reduction of inventory. How is that improving service delivery and quality of care? CMS says it will monitor quality, but there are few standards, and who would police them if they existed? True, The Joint Commission has standards, but they are for procedures, not products, therapy, or outcomes. CMS also says that there will be patient satisfaction forms, but who will look at them, really. And if there were problems, would they be fixed?

And how about the suppliers themselves? Despite the CMS assurance that 30% of providers will be small businesses, the requirements would be the same as for the “big boys,” and they have neither their buying power nor their high volume distribution. Won’t the new rule force small suppliers to close and hurt Medicare beneficiaries’ access to services?

You can read McCoy’s article on the
Oxygen Consensus Conference in the February 2006 issue.

Manufacturers have come up with some economic solutions to distribution cost, one of which is the portable oxygen concentrator. From the clinical side, these products have not proven effective and are going out untested. Patients are actually doing their own research: They try one portable concentrator, and it doesn’t work, so they try another one, and it doesn’t work, and so on until they find one that meets their needs—maybe. They are then sharing and publishing their findings on various Listservs. Here is an opportunity for clinicians to get in the driver’s seat. Bob McCoy, managing director, Valley Inspired Products, and general manager of ValleyAire Home Respiratory Services, Apple Valley, Minn, says, “Big names need to get out and actually visit patients, take care of them, see how patients are living with an economically efficient oxygen system that does not fit their needs. They don’t really know what’s going on, they aren’t aware of the problems.”

McCoy, an ardent patient advocate, also says that it’s not too late. “Something bad is going to happen, but the final rule does not go into effect until 2008. Physicians need to listen to the right people, not the lobbyists who have an agenda. If they are going to implement competitive bidding, why don’t we organize a study, get a grant, and pick one location to do evidence-based monitoring of patients. Monitor a clinically effective respiratory program for an oxygen patient, and see what the hospitalizations look like. If one patient goes into the hospital, that’s a $4,000 cost per day. That would throw the whole competitive bid savings out the window for a year.”

That sounds like a challenge to me. Any among you willing to take it on? 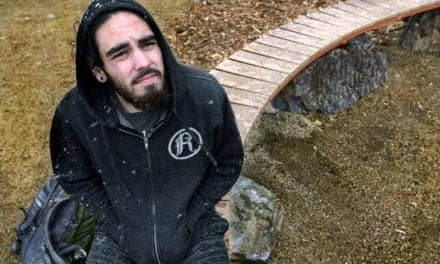