Respiration is defined as the process of the molecular exchange of oxygen and carbon dioxide within the body’s tissues.1 Health care providers have widely embraced the importance of monitoring oxygenation via pulse oximetry, but have not yet adopted monitoring ventilation (capnography) to complete the view of the respiratory process. Pulse oximetry has become a standard of care and is called the fifth vital sign, but can it warn clinicians of ventilatory problems?

According to Roskowski,2 “Ventilation, the other half of respiratory monitoring, is best accomplished by capnography.” During procedural sedation, supplemental oxygen is usually delivered to maintain normal oxygenation status of the patient. The increase in the fraction of inspired oxygen (Fio2) may help to provide a normal pulse oximetry reading while hiding a dangerous case of hypoventilation-induced hypercapnia.

Case Example
Roskowski2 describes the case of a 46-year-old patient who underwent rhinoplasty in an outpatient ambulatory setting. The patient received supplemental oxygen during the procedure, which lasted 5 hours. After the procedure, the patient remained in a deep coma and was eventually transferred to a hospital emergency department. Arterial blood gas analysis revealed a Paco2 of 375 mm Hg and a pH of 6.6. This case is a classic example of the mistake a clinician can make by using pulse oximetry alone to reflect the ventilatory status of the patient.

Recognition of the importance of capnography, or end-tidal carbon dioxide (etco2) monitoring, is increasing. The American Society of Anesthesiologists, which required etco2 measurements for all intubated patients undergoing general anesthesia in the operating room, revised its standard on July 1, 1999. The standard of care was expanded to require continual monitoring of the presence of expired carbon dioxide for all patients undergoing general anesthesia, intubated or nonintubated, in or out of the operating room.3 In 1999, the Joint Commission on Accreditation of Healthcare Organizations stated that the level of care provided to patients who have been given anesthesia in areas outside of the operating room must be comparable to that provided in the operating room.4

Historical Perspective
Capnography has not been embraced by clinicians as pulse oximetry has for several reasons. Historically, the equipment used to monitor etco2 was bulky and was cumbersome to use. The mainstream airway adapters were heavy and could easily displace a neonatal endotracheal tube. Mainstream cables were costly to replace, and windows clouded by condensation incapacitated the monitor. Some equipment could be used only for intubated patients (or required further calibration and manipulation before it could be used for nonintubated patients).

Sidestream sampling had its problems, as well. Secretions and condensation caused constant occlusion alarms. Tedious calibration was necessary when other anesthetic gases were used or when the Fio2 was raised above a certain percentage. High sample flow rates in sidestream monitors also competed for tidal volume in the low-weight patient. Clinicians had to be cognizant of proper sample techniques or mixing would occur, rendering the resulting number and waveform useless.

New Technology
Third-generation capnographs are now available, and many of the past’s problems have been resolved. Several manufacturers make small monitors that are ideal for use in prehospital or intrahospital transport situations. Multiparameter monitors are also available with the latest technological advances. The technology does not require cumbersome calibration in the presence of other gases, and a spontaneously breathing patient can easily be monitored via nasal cannula or mask interface. If the same patient deteriorates and requires intubation, continued monitoring is accomplished by simply changing the interface connection at the monitor.

The sample tubes and filters themselves have been updated to allow significantly improved moisture handling, as well as to complement low sample flow rate aspiration.

It is to be hoped that these advances in capnography technology and in the ease of its use will result in increased use, which would be likely to improve clinical outcomes (and which could save health care dollars).

Clinical Applications
The clinical applications of capnography are numerous and span several areas of care. Information related to ventilation, metabolism, and perfusion can be obtained by monitoring etco2. The patient must have blood flow or cardiac output in order to return carbon dioxide to the lungs and then expel the gas from the lungs. Increased metabolism (as seen in fever) will increase the carbon dioxide produced at the cellular level. Therefore, when observing the etco2 value and waveform for abnormalities, clinicians should consider the most likely cause of those abnormalities, as based on the clinical picture. Generally, if the change is rapid in nature, it is due to an equipment failure, such as a disconnection from the ventilator circuit (Figure 1). A more gradual change can be due to a physiological problem, such as hypoventilation (Figure 2) or hypovolemia (Figure 3).

The Alveolar-Arterial Gradient
Observing the difference between arterial and exhaled carbon dioxide can also give valuable data about the patient’s condition. The alveolar-arterial gradient (Paco2–Paco2) is the difference between the alveolar carbon dioxide level and the arterial level. In a state of normal or ideal cardiopulmonary function, ventilation and perfusion are almost evenly matched. A normal gradient range in the healthy person is 2 to 5 mm Hg.

When the relationship is disturbed, it is usually because gas exchange does not occur when the alveoli are not properly ventilated (shunt perfusion) or because the blood flow to the lungs is interrupted or decreased for some reason (dead-space ventilation).

Shunt perfusion occurs when the lung units are underventilated, relative to perfusion. This can be due to pneumonia, mucous plugging, atelectasis, or bronchial intubation. etco2 may decrease slightly, but carbon dioxide is highly soluble and will diffuse out of the blood into the available alveoli. Therefore, little effect on the Paco2–Paco2 is seen. In this case, the patient’s oxygenation status may suffer, and positive end-expiratory pressure (PEEP) or continuous positive airway pressure will be indicated to re-expand the atelectatic lung units.

Decreased blood flow in relation to ventilation results in a decreased amount of carbon dioxide being returned to the lungs. Clinical situations such as hypotension, blood loss, excessive PEEP, pulmonary embolism, or cardiopulmonary arrest result in a decreased etco2 and a widening of the Paco2–Paco2. Clinicians often think that the capnography device is broken when the blood-gas Paco2 differs from the etco2. Again, this is a matter of physiology, rather than accuracy. Although abnormal amounts of dead-space ventilation prevent the RCP from estimating the arterial carbon dioxide when observing the etco2, there is value in noting a widening or narrowing of the Paco2–Paco2. A narrowing gradient can indicate an improvement in the patient’s status.

Conclusion
The RCP’s involvement in monitoring ventilation is vital. Noninvasive respiratory monitoring should cover both oxygenation (via pulse oximetry) and ventilation (via capnography). Newer equipment’s capabilities have made capnography easier to perform and more valuable for its clinical applications. As more research is done on the use of this technology, its ability to improve patient outcomes can only improve. 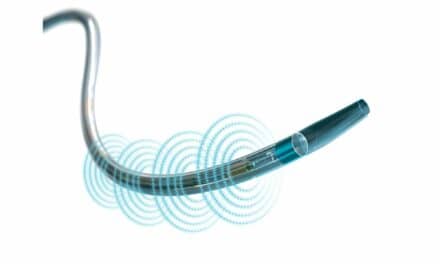 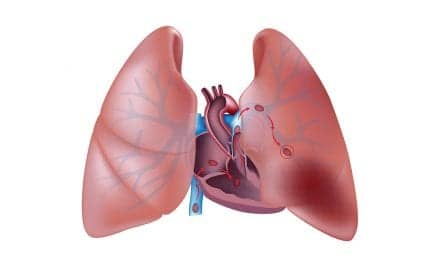