The Current Status of Liquid Ventilation

LV can be used to deliver biologically active agents directly to the lungs and may reduce chronic lung disease.

Respiratory disease remains a major cause of mortality, particularly in infants born very prematurely. Therapies such as antenatally administered steroids or postnatally delivered exogenous surfactant have improved survival, but have not had an impact on chronic respiratory morbidity following intensive care. Currently, patients with respiratory failure are usually maintained on one of the numerous types of positive-pressure ventilatory support. There has been much research comparing these techniques, but investigators have failed to identify a superior technique1 and have suggested that any benefit of ventilatory support might be offset by serious adverse effects.2 Against such a background, it is, therefore, not surprising that the possibility of using liquid ventilation (LV) has raised considerable interest. Data from preclinical studies suggest that LV may offer many advantages over standard techniques of respiratory support. Further work, however, is necessary to identify the optimum methodology and appropriate role for liquid ventilation in the intensive care setting.

“The Liquid”
The ideal agent for liquid ventilation should have a low surface tension and should be inert. Respiratory gases should be highly soluble in it. A variety of liquids have been investigated; except for certain perfluorocarbons (PFCs), they have either had inadequate performance or have been too toxic. PFCs are artificially derived from the fluorination of organic compounds.3 Their molecules contain fluorine and carbon atoms and are therefore radiopaque. The carbon-fluorine bond is extremely strong and, as a consequence, PFCs are chemically and pharmacologically inert. PFCs have a high affinity for gases4; oxygen is 20 times more soluble in PFCs than in water. Carbon dioxide is also highly soluble in them, but this level varies among PFCs. PFCs have approximately 25% of the surface tension of water.

Liquid assisted ventilation techniques
The techniques used for LV consist of total liquid ventilation (TLV), partial liquid ventilation (PLV), perfluorocarbon-assisted gas exchange, and PFC lavage. Vaporized PFC has also been given by inhalation.5 The first clinical attempt at LV with PFC used TLV. Gravity systems were employed to drain the PFC into the lungs from a reservoir hanging overhead, and siphon pressure was used to cause drainage during expiration. Because the necessary equipment is not widely available, TLV has subsequently been used only in laboratories. During TLV, the lungs are filled with warmed PFC from a reservoir that has been oxygenated by bubbling oxygen through the PFC (or by using a standard extracorporeal life support circuit).6 Then, a mechanically assisted liquid ventilator is used to move tidal volumes of the liquid into and out of the lung at a tidal volume of 15 to 20 mL/kg at a rate of approximately 5 breaths per minute.6 The ventilator settings chosen are determined by the density and viscosity of the PFC. Expired fluid is filtered and returned to the gas exchanger for re-oxygenation and carbon dioxide removal. Elimination of carbon dioxide is dependent on flow, diffusion, and the liquid’s capacity for carbon dioxide7; thus, a balance is struck between allowing sufficient time for diffusion and adequate alveolar ventilation. PFCs vaporize readily, so if the PFC is not to be lost over time, either a closed circuit must be used or a cooling device must be placed in the circuit to condense the PFC vapor in the expired air.3 Advances in condenser technology are necessary to ensure maximum PFC conservation.8 Appropriate ventilators and circuits must also be developed before TLV can be used in widespread clinical practice.

PLV, however, has been used clinically. PFC is instilled into the lung at a volume equivalent to the expected functional residual capacity (FRC) of the individual. The PFC is trickled into the lungs through a side port attached to the endotracheal tube. The PFC is oxygenated, and carbon dioxide is removed from the lungs as tidal volumes of gas are delivered by the mechanical ventilator. Once instilled into the lung, PFC evaporates at a rate of 2 to 6 m/kg per hour, depending on the properties of the particular PFC used, the minute ventilation, and the amount of PFC in the lungs.9 If the patient is to be maintained on PLV, additional amounts of PFC are given, such that there is a meniscus visible in the endotracheal tube. The adequacy of lung filling to FRC is checked using anteroposterior and lateral radiographs to ensure that the dependent areas of the lung are adequately filled. Sequential chest radiographs are necessary to determine PFC distribution and the maintenance of lung-volume recruitment.10 Weaning from PLV is achieved by ceasing to add the PFC. The speed of weaning depends on the vapor pressure of the PFC.

Preclinical Studies
Work on LV in animal models has highlighted the fact that this respiratory support technique has many positive effects. During gas ventilation, perfusion favors the dependent parts of the lung, whereas pulmonary blood flow is more evenly distributed during LV11 (hence, ventilation-perfusion mismatching is reduced). As a consequence of the lower surface tension between the liquid-liquid interface, compared with the usual gas-liquid interface, use of LV improves compliance, and this is associated with elevation of oxygenation.12 This favorable effect on oxygenation has been demonstrated in lung-injury models by the reduction in the level of extracorporeal membrane oxygenation (ECMO) support required when ECMO is used in conjunction with LV.13,14 The effect on oxygenation appears dose dependent; larger doses result in both greater recruitment of collapsed atelectatic alveoli14 and a more protracted effect on oxygenation.15

LV might have a favorable impact on the development of chronic lung disease, as it appears to cause less lung injury than conventional techniques13 (as indicated by lower levels of alveolar hemorrhage and inflammatory infiltrates). That effect has also been demonstrated in very prematurely born models.16 Morphometric analysis of the lungs of liquid-ventilated versus gas-ventilated lambs demonstrated the former to have greater surface areas and gas-exchange indices. The liquid-ventilated lungs were thin walled, with uniformly expanded gas-exchange spaces that were free from hyaline membranes and luminal debris. The gas-ventilated lungs had thick-walled gas-exchange spaces containing protein exudate, hemorrhage, and hyaline membranes.16 In addition, PFCs may have a direct effect on the inflammatory process.17 LV might also become a strategy used to remove pulmonary debris,3 but further work is necessary to identify the most effective technique for debris removal. LV may also lower the limits of viability.18 Adequate gas exchange and stable cardiac function were maintained for 2 hours using LV in lambs born at 106 days’ gestation.16,18 Animals born so prematurely cannot be kept alive using conventional ventilatory techniques.

At least in the near term, it is likely that the use of LV will be restricted to infants whose respiratory failure has been unresponsive to conventional techniques. It is, therefore, comforting that PFCs do not appear to interact adversely with other therapies.19 Exposure to PFC did not unfavorably affect three exogenous surfactants, as indicated by in vitro measurements of surface tension.9 PFCs have potential advantages over exogenous surfactant in that they are not inactivated by protein exudates and are less susceptible to maldistribution, as they have better spreading capabilities.9 Further studies are required to determine whether PLV, surfactant, or a combination of the two will be most cost-effective in the treatment of a variety of respiratory diseases. In premature lambs with respiratory distress syndrome, surfactant administration did not result in further improvements in pulmonary function, compared with PLV alone. In contrast, in surfactant-depleted lungs, compliance was improved to a greater extent when exogenous surfactant was given prior to PFC administration.20

Clinical Experience
To date, clinical experience with LV has been small; a few hundred infants, children, and adults have received this form of respiratory support. Only short-term outcomes, including improved oxygenation and compliance, have been reported.13,21,22,23 In the largest series to date involving preterm infants, PLV was attempted for up to 96 hours in 13 preterm infants whose respiratory failure had been unresponsive to conventional management, including surfactant use. Not all the infants had a positive response to PLV. Three infants who had experienced refractory hypercapnia and had received high-frequency ventilation prior to PLV were withdrawn from PLV support because of recurrent hypercapnia. In the other 10 infants, however, the oxygenation index decreased from a mean of 49 to 17 within an hour of commencing PLV.21 PLV has also been examined in infants (with24 or without25 congenital diaphragmatic hernia), children, and adults receiving ECMO. In one such study, when ECMO was temporarily halted to allow investigation of PLV’s effect, a reduction in the mean arterial alveolar oxygen gradient from 590 to 471 mm Hg and an improvement in compliance from 0.18 to 0.29 mL/cm H2O per kg were demonstrated.22 Positive effects on oxygenation,13,22,23 but not always on compliance,23 have also been reported in children with respiratory distress syndrome. All case series so far reported have involved patients with severe respiratory failure, making it difficult to disentangle the impact of LV from that of the underlying pathology on long-term morbidity and mortality. A randomized, controlled trial26 has been performed involving 90 adults with acute hypoxemic respiratory failure, of whom 65 received PLV. No statistically significant differences in outcome were observed between the two groups. Those results, however, might reflect a bias in age between the groups, as a subanalysis excluding patients older than 55 years determined that the PLV patients had more ventilator-free days. The positive results of case series and lack of obvious, serious side effects have encouraged further randomized trials to be initiated. Their results are eagerly awaited.

Areas to Be Addressed
Studies are required to determine whether TLV will be superior to PLV in the clinical setting. Before such studies are undertaken, continued development work27 on liquid ventilators is needed. Whichever technique is employed, loss of PFC by evaporation remains a major obstacle to making this technique cost-effective. At least in the short term, PLV will be used; the most effective ventilator strategy for use with PLV still needs to be identified for a variety of respiratory disorders. In initiating PLV, it is important to develop a technique that will consistently ensure the uniform distribution of the liquid. Once PLV is established, an accurate and easily applied method of determining optimal lung filling is required. It is also important to develop a protocol for adding the liquid periodically that will prevent the buildup of pockets of trapped gas,22 as these could result in the development of air leaks.

Clinicians also need greater assurance that LV’s apparent lack of adverse effects is genuine. In animal models, pulmonary vascular resistance can increase during LV.28 Will certain patient groups be susceptible to this adverse effect? Theoretically, LV could impair cardiac output29 and, although this has not been a problem in studies to date, more data would be welcome. In a clinical study,21 PLV was associated with endotracheal tube obstruction and transient hypoxemic episodes. The nature of the material obtained from the blocked tubes was uncertain, and speculation attributed it to preexisting exudate, surfactant, or a newly formed exudate.21 Clearly, an effective method of dealing with such debris without compromising the airway is vital. Further toxicology studies are also necessary. Very little PFC is absorbed into the pulmonary circulation, and as PFCs are biologically inert, they should not be metabolized. Monkeys examined 3 years after an hour of liquid breathing still had analyzable amounts of PFC in their lungs and fat, but there was no evidence of tissue inflammation or injury.30 Systemic absorption of PFC, however, might be related to the duration of the technique’s use.22 To date, negligible long-term toxicity for PFCs that have been taken into the lung, ingested, or intravenously administered has been reported.31-34

To date, clinical experience with LV is very limited. Data available, particularly from animal models, suggest that LV could be a superior form of respiratory support for patients with severe respiratory failure and that it might reduce chronic lung disease. 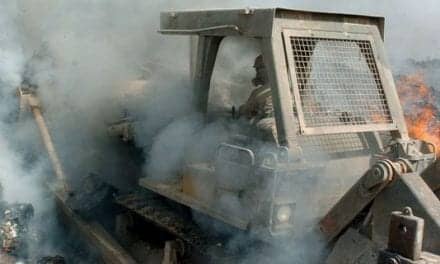