The researchers found that muscle weakness—the primary concern behind recommendations to minimize use of this strategy—was not significantly more common than with placebo (P=0.64 by day 28 and P=0.51 by discharge).

In an accompanying editorial, Arthur S. Slutsky, MD, from the University of Toronto and St Michael’s Hospital in Toronto, noted that these results make cisatracurium the first specific pharmacologic therapy proven to reduce ARDS mortality. One of the study’s authors, Laurent Papazian, MD, PhD, from the Hospital Nord in Marseille, France, warned, however, that replication of the results is needed before widespread adoption in clinical practice.

The multicenter ACURASYS study included 340 patients who had presented to the ICU with an onset of severe ARDS within the previous 48 hours. Patients were randomized to receive 48 hours of double-blind treatment with cisatracurium (37.5 mg/hour continuous infusion) or placebo. Both groups got mechanical ventilation following a lung-protective strategy that Slutsky noted has been previously shown to decrease mortality.

The benefit for the primary mortality endpoint (adjusted for baseline oxygenation, plateau pressure, and Simplified Acute Physiology II score) appeared to be confined to the two thirds of patients presenting with a ration of PaO2 to FiO2 of less than 120.

Among the secondary endpoints, the researchers found an absolute reduction in 28-day mortality by 9.6 percentage points (P=0.05) with cisatracurium versus placebo. Induced paralysis also appeared to get patients off mechanical ventilation sooner with more ventilator-free time in the first 28 days (10.6 days versus 8.5, P=0.04) and in the first 90 days (53.1 days versus 44.6, P=0.03). Maintenance of function in organs other than the lungs during the first 28 days also rose with cisatracurium (15.8 days versus 12.2 days, P=0.01).

According to the study’s authors, the drug may improve outcomes by facilitating lung-protective mechanical ventilation.

“Pharmacologically paralyzing the patient and administering ‘controlled ventilation’ prevents patient-ventilator dyssynchrony, including autotriggering, stops the patient from ‘fighting’ the ventilator, and could minimize the risk of volutrauma and barotraumas,” Slutsky agreed in the editorial

The researchers suggested that their findings would generalize to other centers but cautioned that it is not clear whether the results would be the same with all neuromuscular blocking agents. Moreover, they warned, the study was underpowered because of lower than expected mortality in the placebo group. 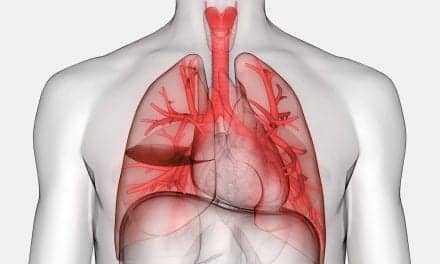