One of the goals of home respiratory therapists is to make their patients as mobile and independent as possible. With today’s high-tech mobility devices and smaller, lighter, more portable ventilators, this goal is becoming a reality.

The recently passed Department of Transportation (DOT) Regulations for the Updated Air Carriers Access Act (May 13) added one more dimension to this freedom when it stated, “Carriers, except for on-demand air taxi operators, who conduct passenger services must allow, on all aircraft with a capacity of more than 19 seats, any passenger with a disability to use a ventilator, respirator, CPAP machine, or [a Federal Aviation Administration] (FAA)-approved portable oxygen concentrator.”1 They must display a manufacturer’s label that indicates the device meets those FAA requirements.

What terrific news! But there’s a catch. It appears as if DOT didn’t bother to tell the FAA about this new ruling—there are no labels. The FAA is considering requiring manufacturers that want to market their devices to test them against FAA-prescribed performance standards and then label each device, stating that it meets the applicable standards prescribed in the federal aviation regulations. An e-mail from Nancy Claussen of the FAA confirmed this. She said that DOT didn’t want to delay publication of the final rule, because it had so many other important disability initiatives, to wait for the FAA to do rulemaking. So, it’s “up to the carriers.”

Apparently, this is not working well. A spokesperson from the Muscular Dystrophy Association told me that people are being turned away by the airlines because their vents are not approved and do not have labels. Two brothers who had previously flown extensively with their vents were told that they could not use their vents during takeoff and landing because they had not been approved and didn’t have a label. As well, he said, several manufacturers he spoke to, although aware of the ruling, have not developed a plan to deal with the situation and are unable to determine what specific language should be on the labels. Another manufacturer is working on a solution,2 but wishes there were an “800” number to call the FAA regarding this issue—there isn’t.

Kind of a mess. The International Ventilator Users Network1 is urging its clients to call their HME providers to ask them to contact manufacturers about the urgency of approving their vents for flying. As a home care RT, you can call your manufacturers (not distributors) and ask them to expedite the process of issuing labels or ask them to work together to negotiate a change in the implementation of the ruling. You can access the list of manufacturers at www.ventusers.org/adv/iss-air.html. 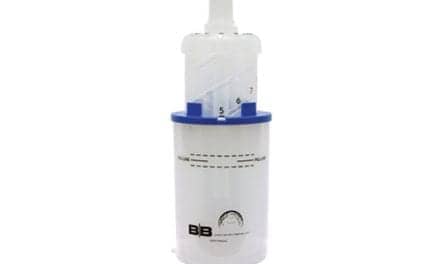 How and Why We Fingerprint Tuberculosis