Researchers at National Jewish Health have discovered a signaling pathway that is crucial to the effects of acute lung injury (ALI), according to findings published in the Journal of Biological Chemistry. The data, obtained from cells, animals, and ALI patients, suggest several potential therapeutic targets. Experimental blockade of one of the targets significantly reduced flooding of the lungs that is the hallmark of ALI.

In ALI, which is caused by either direct injury to the lungs or as a result of other conditions, often pneumonia or systemic infection, large amounts of protein-rich fluid flow from the capillaries into the lungs, leading to flooding of the airspaces and reduced ability to deliver oxygen to the blood. Severe ALI is often referred to as acute respiratory distress syndrome (ARDS). Currently, there is no approved therapy for the disease. Care of ALI patients is supportive only, in which doctors try to maintain blood-oxygen levels.

The National Jewish Health team had previously shown that HER2, a receptor involved in cell development and growth, participates in recovery of mice from chemically-induced lung injury. They hypothesized that it may also play a role in the earlier inflammatory phase of lung injury, which resembles ALI in mice. The researchers also knew that the inflammatory molecule interleukin-1ß is a central player in ALI and permeability of capillaries.

In a series of experiments in cell culture and animal models, the researchers connected interleukin-1ß to HER2, which triggers a cascade of signals within epithelial cells. Those signals cause blood vessel walls to become permeable and allow the flood of fluid into the lung airspaces. When researchers blocked production of NRG-1, one of the molecules in the signaling pathway, they reduced flow of molecules through a cellular barrier by 52%.

The researchers then examined lung fluid from ALI patients, and found heightened levels of NRG-1, adding clinical evidence to their data supporting an important role in this pathway.

Two existing medications, herceptin and tykerb, already target a malfunctioning HER2 in some cases of breast cancer. Several medications targeting ADAM17 are also in development. 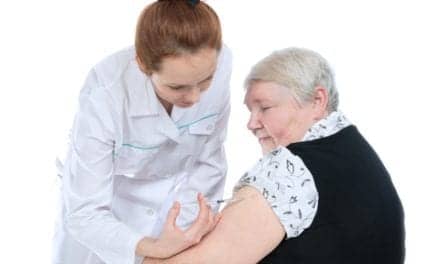