While the push for funding and programs at the state and federal levels for smoking prevention campaigns has been strong in recent years, smoking cessation efforts have not received as much attention. The American Association for Respiratory Care (AARC) decided to do something about that when it created the Smoking and Tobacco Related Issues Committee in 2003.

The committee’s work targets RTs who have a focus on smoking cessation efforts. “We wanted to bring together a group of individuals who had a passion for and involvement in tobacco control and cessation, and who could work together for the cause, so we could know what’s going on around the country,” says Gaylene Mooney, MEd, RRT-NPS, chair of the Smoking and Tobacco Related Issues Committee.

The all-volunteer committee includes RTs from almost 30 states, who act as contact people, informing the committee of the happenings—including tobacco-related legislation issues and smoking cessation programs—within their state and assisting with the development of presentations. Mooney, who is also the acting program director for the respiratory care program at San Joaquin Valley College, Visalia, Calif, hopes to eventually have a representative from each state involved with the committee.

In the committee’s 2-year existence, its members have had to build their mission from scratch: first establishing its membership and setting goals, and then focusing on achieving those goals. Last year, they created the Smoking and Tobacco Related Issues Networking Group, better known as the STRING Network, which comprises four working groups, each charged with a particular focus: curriculum building, training issues, fund searching, and tobacco resources.

“There are RTs involved around the country in cessation, and some at a very high level. The STRING Network is bringing them together so we can become one voice. Our passion is to assist in educating others on effective treatment and competency,” Mooney says.

The STRING Network’s curriculum building group is developing training presentations and modules dealing with curricula for RT schools. The training issues group is creating training modules for RTs to become more involved with and more educated on tobacco treatment and dependence. The fund searching group will be focusing on finding funding availability, such as grants, to help support potential future STRING projects.

The tobacco resources working group is building a list of cessation programs on a Web page on the AARC’s Web site for RTs and consumers to use. Among the items available on the tobacco resources page are articles of interest, education curricula, links to organizations and other Web sites dealing with tobacco-related issues, computer software presentations on smoking and tobacco-related issues, and various resource materials. The education curricula section will eventually also cover the standards for treatment specialists established by the Association for the Treatment of Tobacco Use and Dependence.

“Having some guidelines for treatment specialists is something that Medicare did request. The standards are broken down into specific competency sets. The presentations that are being developed by the STRING Network for training modules are coming directly from these core competencies. There are multiple skill sets, and we are building our presentations and training based on these skill sets,” Mooney says. “We want to have a training program that can be offered to health care professionals and RTs that will provide, not certification, but a certificate of training that would help increase the knowledge base of treatment and, really, the competencies that are needed for treatment.

“Most often, there is not much curriculum on nicotine addiction and treatment at all,” she says. “It is much better than it was; the awareness is much higher than it’s been. We are definitely seeing progress.”

That progress may be slow, but it has been steady, Mooney says.

“The issues right now that I think are major are having standards and competency levels for treatment specialists, and to continue working on reimbursement for services for those who have been found to be proficient and competent in the treatment,” she says. “Prevention has always been a major focus with tobacco use, but I really would like to see more focus on the treatment. You have commercials on television saying, ‘You need to stop. Smoking is bad.’ And we’re getting laws passed. But the focus for the treatment for those who are addicted, in many cases, is not there. There are quit lines available nationally, but for those who would like to go to group or individual counseling, they’re not easily accessible. There needs to be more focus on evidence-based, competency trained individuals who provide the treatment.”

Mooney says that while prevention programs are a worthwhile and necessary effort, there must also be an equal effort to assist individuals who are already addicted to tobacco, as well as the RTs who will be the ones to treat them.

“Nationally, laws for smoke-free workplaces and restaurants continue to increase. I think the American public is starting to see the need for smoke-free workplaces, restaurants, and other public places. But right now, the amount of funding and support for treatment, such as cessation, is not where it should be, as far as at the state level,” she says. “Medicare is now going to reimburse a small amount for an intensive-level treatment, but it will not cover group cessation or over-the-counter medication or quit lines. Also, the smoker must have an underlying disease or major symptoms. So, it it’s still limiting individuals.

The committee is looking for more members to aid in its efforts. RTs who are interested in joining must be an AARC member and be involved in tobacco control or cessation to join the committee. 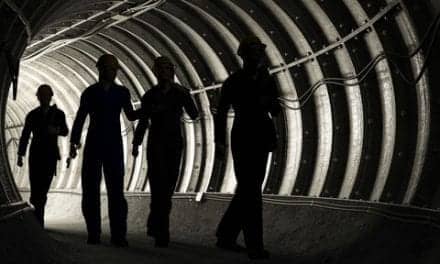