"Oxygen. Don’t leave home without it.” That is what home care clinicians have been advising patients for decades. We know that using portable oxygen makes a fundamental difference for the patients who need it, but ensuring compliance with prescribed regimes has been a constant challenge. To that end, manufacturers of home oxygen equipment have poured enormous resources into research and development of better ways to help patients live comfortably with supplemental oxygen. Initially, oxygen concentrators replaced bulky banks of H tanks. Aluminum E tanks replaced steel for reduced weight. Cryogenic (LOX) systems brought the advantages of liquid oxygen into the home care setting. More recently, oxygen conserving devices (OCDs) have facilitated use of much lighter portable oxygen units without compromising the hours of available use.

Amazingly, the cost of all this progress has been entirely absorbed by manufacturers competing to build a better mousetrap, and by respiratory home care providers committed to improving the quality of life for the patients they serve. Reimbursement has consistently decreased, even as we have provided increasingly more sophisticated portable oxygen options.

Recent innovations are breaking the rules and limitations we once accepted for both oxygen concentrators and cryogenic systems. Since the beginning, respiratory home care providers have accepted the generality that a concentrator delivering five liters of continuous flow would weigh nearly 50 pounds. A three-liter machine would weigh close to 30 pounds. Oxygen concentrators require a pair of sieve beds to process the air into oxygen, and a compressor to push the air through the system. This produces heat, so a cooling fan was also necessary. All that adds up to considerable weight, and draws considerable current.

But a new generation of truly portable oxygen concentrators, using improved sieve bed technology combined with OCDs, promise to deliver a level of innovation and convenience that was previously unimaginable. At least three companies now have (or will soon have available for sale) oxygen concentrators that weigh in at less than 10 pounds and can operate on AC, 12V DC, or up to 3 hours on a battery pack. The maximum equivalent flow rate, using OCD technology, is a five setting. In a business that is constantly operating on a fixed income due to Medicare payment caps and the specter of competitive bidding for business, the new technology has implications for the continued health of respiratory home care businesses as well as the patients they serve.

Cryogenic oxygen systems are also offering equally innovative technology. At least one company has received approval from the US Food and Drug Administration for an oxygen concentrator that, in addition to providing continuous flow home oxygen, actually produces its own liquid oxygen, eliminating the need for costly refills from the home care provider. The president of the company explains that the system takes “feed flow from an oxygen concentrator and sends a portion of it through a cryogenic cooling device that chills it to the temperature at which oxygen condenses [into liquid]. The liquid oxygen is stored until it’s ready to be transfilled into a portable, 4.2-pound unit that can give a typical patient 6 to 8 hours’ worth of oxygen. This basically gives the patient an unlimited supply of liquid O2,” he says. The product will begin shipping in 2006.

As a respiratory therapist and vice president of operations and compliance for Premier Medical, Denver, Dave Empey, MBA, RRT, understands the importance of nurturing the health of his company as well as the health of his patients. “It’s pretty mind-boggling,” he says, when discussing the emerging technology. At this time, his company is not using the breakthrough technology because it is relatively expensive. “But cost is supposed to decrease as production increases,” he says, and it is his understanding that Medicare will allow billing as both a stationary and a portable, because the machines serve both functions. He cautions that the portable concentrators necessarily employ OCDs, which are not appropriate for all of the people all of the time. Some patients simply require a constant flow.

After years of lobbying by the AARC and other organizations interested in easing travel restrictions for patients on oxygen therapy, the Federal Aviation Administration (FAA) published its final rule, allowing patients to take their portable oxygen concentrators where no concentrator has ever gone before—on board commercial airlines. “Airlines can write their own specific rules, so it won’t necessarily be consistent—some may, for example, require the passenger to have a fully charged backup battery,” Empey points out. But the new ruling is a major breakthrough for patients traveling with oxygen.

Most airlines charge a hefty fee for providing in-flight oxygen for each leg of the journey. A round trip with two legs each way, for example, could add $400 to the price of a ticket. At least one major airline does not make in-flight oxygen available at any price. Armando Rodriguez, RRT, is a flight attendant for a major airline and has simultaneously continued to work as a respiratory therapist for 30 years. He has seen first hand the hardships many oxygen-dependent patients must endure. “They [the airlines] charge them a fortune, and they have to be in specific seats. If they had a battery-powered concentrator, they could sit anywhere, and get up and use the bathroom on their own.” He mentions that cabins are pressurized to 6,000 feet, so patients may need a higher liter flow than what they required at sea level. In addition, they may be stressed and dehydrated, further increasing their oxygen requirements.

Although some battery packs last up to 3 hours, and the patient could conceivably carry an extra battery pack, using the AC or 12V DC mode would be the most attractive option while in transit. Rodriguez sees that as a potential problem right now, but one that may not last for long. “The only 12V capacity on the planes I fly is in first class and business class, and in some planes it’s been disconnected because they were having heat problems in some of the older planes,” he says. This will not be a problem as newer planes replace aging fleets. “The new air-

liners are going to have power in every cabin, and they are going to redo all the entertainment (and power) options. I’ll be surprised if they don’t have Ethernet ports for everybody.”

Bonnie Piel, RRT, is a pulmonary rehabilitation patient care manager at North Colorado Medical Center, Greeley, Colo, and has considerable experience working with patients who enjoy travel adventures. After it is determined whether they are candidates for an oxygen conserving device, major factors for her patients are portability and weight. She emphasizes the critical importance of titrating the patients’ oxygen level to their activity level. Before planning plane trips, she loans her patients a pulse oximeter and has them take a drive to nearby Estes Park (altitude 7,500 feet), and monitor their oxygen saturations during rest and with activity. “We find that if they can maintain oxygen saturations of 92% to 96%, they demonstrate better stamina and reserve,” she says. “On a cruise ship, for example, we found that with saturations of 88% to 90%, patients began to poop out after walking about 100 feet. But if we could maintain 92% to 96% by increasing their flow rates during activity, they had relatively unlimited stamina and reserve. And we often find they have to increase their oxygen level by about one liter or more when they gain altitude.”

Rodriguez likes the idea of allowing patients to bring their own portable oxygen systems on board aircraft. “If a patient is oxygen dependent and can control their own oxygen, it’s much better for us, and much better for the patient,” he says. “I think it’s a wonderful thing.”

Regina Carbone, RRT, has worked in the home oxygen field for more than 20 years.”When I saw the portable concentrators for the first time, I asked, ‘Where are the sieve beds?’ They’re in a little tube, they’re not in big containers… and ‘Where is the compressor?’ They have it fine-tuned and it is all miniaturized,” she says. “It is expensive, but I think it’s a great innovation, and now they are allowing it on the airplanes.” She adds a cautionary note, saying, “Medicare reimbursement is so low, I don’t think home care companies will be able to provide it for their routine patients. It might make sense for long-distance rural patients (where it takes a half day of staff time to service one patient). I think companies will buy a handful of them to loan out to their patients for travel. I also see a lot of very savvy oxygen users that are on the Internet, that read journals, and will be purchasing them themselves. There is quite a bit of disposable income in some of the senior population, and I have patients that want to buy the best. They want to buy it, and own it outright.”

Innovative solutions, providing improved portability and enhanced quality of life for respiratory home care patients, continue to thrive, in spite of the fact that there are no direct financial incentives to fuel the research and development fires. Innovation costs money, and product manufacturers, home care providers, and patients all continue to work together to find ways to do much more with much less. “Oxygen continues to represent 75% to 80% of our revenue,” says Empey. “I think Medicare will continue to ratchet down oxygen reimbursement and competitive bidding will be a factor limiting income, but there is also potential for respiratory therapists to pursue new opportunities. We may finally begin to be reimbursed for patient care services (like pulmonary rehab) that could be provided in the home.” Creative managers continue to find ways of offering more and an ever wider variety of home oxygen options for their patients, while maintaining fiscal health. For manufacturers and home care providers to continue making these strides in the face of rising costs and sinking revenue is a remarkable achievement and testimony to their creativity and determination. Improved patient compliance and quality of life can continue to coexist in an ever challenging economic environment.

John A. Wolfe, RRT, CPFT, is a clinical specialist, North Colorado Medical Center, Greeley, Colo, and a member of RT’s editorial board. 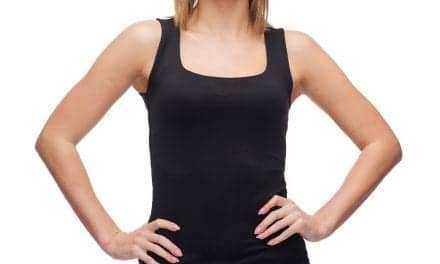 Uncovering the Mysteries of Sarcoidosis