On June 21, the Environmental Protection Agency (EPA) announced that it was “strengthening the nation’s air quality standards for ground-level ozone.” This is the first time since 1997 that the standards have been revised.

Ground-level ozone is not emitted directly into the air, but is created through a reaction of nitrogen oxides and organic compound emissions in the presence of sunlight. These emissions come from industrial facilities, electric utilities, motor vehicle exhaust, gasoline vapors, and chemical solvents.

The EPA acknowledges that ozone can harm people’s lungs, particularly those with asthma and other lung diseases, and can harm individuals who spend a lot of time outdoors.

Editor’s note:
For more on EPA standards, check out our May 2006 issue of RT.

Kudos to the EPA for strengthening the ground-level ozone standard, but are they going far enough or too far?

The EPA research and development staff gathered data from 1,700 studies and compiled a criteria document. They submitted this document to the Clean Air Scientific Advisory Committee (CASAC), a panel of experts, to analyze and interpret data. Members of the panel include individuals with medical, academic, and industry backgrounds. CASAC then submitted its recommendations to EPA administrator Stephen L. Johnson. CASAC unanimously recommended a standard of between 0.060 and 0.070 ppm/8-hours. Johnson has determined that the proposed standard is adequate and actually represents a 15% tightening.

The National Association of Manufacturers (NAM) does not want any change in the standard, which has yet to be fully implemented in some areas and will cost an estimated $100 billion, according to the association. The EPA is forbidden to consider a regulation’s economic impact when setting or revising standards, but, asserts NAM, the arguments against new standards are scientific as well as economic, and the current standard is working and continues to protect human health.

What should the standards be? An EPA spokesperson said that the lower the standard, the less certainty about its effect. But given the growing prevalence of asthma and COPD and the urging of 21 professional organizations, including the American Lung Association and the Asthma and Allergy Foundation of America, it makes sense to me to adopt the more stringent standard to protect sensitive populations against adverse health effects, both known and anticipated.

Both NAM and ATS, and any other associations or individuals, will have an opportunity to comment on the proposed standard at a series of five public hearings in Chicago and Houston (September 5), Los Angeles and Philadelphia (August 30), and Atlanta (date to be determined). You can also submit your comments electronically on the EPA Web site (epa.gov/groundlevelozone/fs20070620.html
#howtocomment). Comments will be accepted for 90 days following publication of the proposal in the Federal Register, probably until early October. 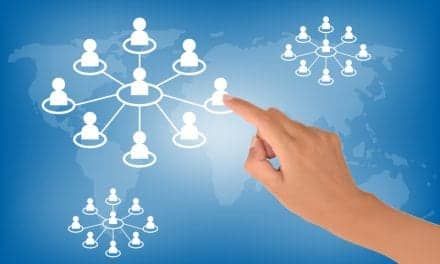