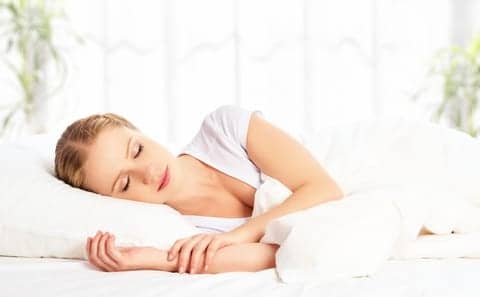 Maintaining a good night’s sleep is important for future health, in part because of its impact on lifestyle factors, according to new research.

“This study shows that sleep affects our ability to maintain a healthy lifestyle, and when sleep deteriorates we are more likely to make unhealthy lifestyle changes,” says Postdoc Alice Jessie Clark from the Department of Public Health, University of Copenhagen. The research has been published in the International Journal of Epidemiology.

The researchers found that maintaining a good night’s sleep made it easier to maintain a healthy lifestyle. For example; they found that smokers who maintained a sleeping pattern characterized by normal sleep duration and undisturbed nights were less likely to still be smoking and more likely to have quit smoking four years on, when compared to those who either shortened their average sleep duration or experienced an increase in sleep disturbances.

Overall, similar patterns were also observed in regards to other adverse lifestyle changes, with onset of impaired sleep inflicting a higher risk of uptake of high-risk alcohol consumption (among non-risk consumers), of becoming physically inactive (among the initially physically active), and of becoming overweight or obese.