Being prepared is the goal of JACHO’s new survey process.

What do RTs say when they are informed that their administration has volunteered for a Joint Commission on Accreditation of Healthcare Organizations (JCAHO) Survey? I was fortunate enough to hear those very words, and, yes, I do mean fortunate. The JCAHO survey was part of a pilot program to test the new survey process, called “Shared Visions–New Pathways.” We received no official “score” for the pilot survey, but the surveyors did share their findings and offered suggestions for improvement. It also offered us the opportunity to provide suggestions directly to JCAHO for improving the new survey process. In other words, as the surveyors were surveying us, we were surveying them.

The new survey process, which began in January 2004, is the culmination of an intensive review and redesign of JCAHO’s accreditation process that began in 1999. The result is a complete paradigm shift from a process focused on survey preparation and score achievement to one of continuous systematic and operational improvement by focusing to a greater extent on the provision of safe, high-quality care, treatment, and services.1 The new focus quickly became apparent during the individual tracer activity, which has been set up to analyze an organization’s system for providing care. The JCAHO surveyors identified an individual tracer, using criteria dependent upon the institution, and “traced” the care given to that individual by following how that care was provided throughout the organization. The JCAHO surveyors wanted to follow the exact path of each patient. They wanted to speak directly to the staff who had cared for the patient, and they wanted to hear how information was communicated between the different caregivers. If surveyors identified an issue, they would begin to look a little deeper. They would look to see if the same issue occurred at similar times, or during similar instances, of the tracer process, which follows not only individual care, but also system process for providing care.

During the pilot survey, the JCAHO surveyors were open in sharing what they felt were “best practices”—identified from surveying many different facilities and organizations. They were careful to point out that we were still at or above standards before pointing out areas for possible improvement. The surveyors were also very quick to point out areas in which they believed we were near or at the gold standard of care. They asked if they could share our practices with other institutions, or refer them to us regarding certain practices. One example of this is our policy and practice on patient education and documentation. Our staff documents all patient interactions that require education on a flowchart.

After tracing several respiratory care patients, the surveyor was very pleased with what they were seeing and asked if they could share this information with other institutions in the future. The simple documentation of a patient’s education has been routine practice for our staff; it quickly became an area of pride for not just our staff but for our entire institution.

Over the past 5 years, JCAHO has been working to develop Shared Visions–New Pathways. The new survey process focuses us on constantly and consistently being prepared to provide safe, high-quality patient care and services at all times. The new survey process will ensure that all members of the health care team are maintaining a vision of high-quality, patient-focused care. It shows a commitment to continuously foster teamwork, personal responsibility, integrity, innovation, and trust between the health care organization and its patients. 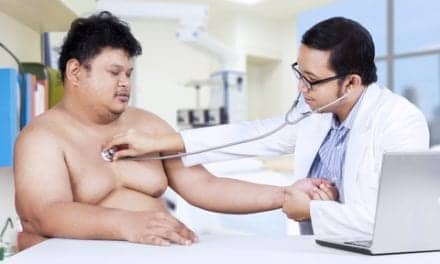