Using HFOV on adult patients with ARDS may be more effective than conventional mechanical ventilation.

Despite increased understanding of adult respiratory distress syndrome (ARDS),1 significant morbidity and mortality persist. Considerable resources (in both money and scientific research) are invested in the treatment of this syndrome. The number of cases in the United States alone has been reported as 150,000 per year, with a mortality of 50 percent to 70 percent.2 ARDS is a catastrophic pulmonary event in a patient with previously normal lungs. ARDS is classically characterized as respiratory failure with hypoxemia, decreased pulmonary compliance, an increased shunt fraction, and radiologic evidence of diffuse pulmonary infiltrates. By definition, ARDS can occur only with the exclusion of left heart disease.3

Research continues to help clinicians reduce the incidence of ventilator-induced lung injury and mortality associated with ARDS. Bedside practitioners push the limits of technology in an attempt to reduce the casualties of ARDS. Several unconventional methods for the support of gas exchange are being used clinically (or investigated); these include prone positioning, partial liquid ventilation, extracorporeal life support (ECLS), inhaled nitric oxide, and high-frequency ventilation (HFV).

HFV is a generic term that describes modes of mechanical ventilation delivering breaths at rates that are more rapid than normal or delivering tidal volumes that are less than the anatomic dead space volume.4 The first rapid-rate ventilation was described as early as 1915.5 HFV can be defined as the delivery of mechanical breaths at rates of more than 150 per minute for pediatric patients and 120 per minute for adults. The theoretical advantage of HFV is the reduction of high pressure swings in a lung having reduced compliance; this reduces barotrauma. HFV may allow for the reversal of atelectasis while avoiding overdistension of the alveoli. Minimizing alveoli overdistension may prevent secondary lung injury.

For years, the emphasis in HFV application has been its use as an alternative to ECLS for neonates. The next logical step was to use HFV in the pediatric intensive care unit (ICU), where HFV was compared to conventional mechanical ventilation. Commercially available high-frequency ventilators are used in pediatric and neonatal ICUs around the world.

There are two distinct types of high- frequency ventilators: jet and oscillator. Each type has its own theoretical benefits and potential risks. High-frequency jet ventilators inject a pulsed flow of gas at very high rates directly into the lungs. Exhalation occurs continuously as a passive flow of gas out of the lungs. High-frequency oscillatory ventilation (HFOV) employs a piston-driven device that allows both active inspiration and expiration and a bias flow system that delivers fresh gas to the patient.

Patient History
The patient was a 23-year-old white female who presented to the emergency department of Duke University Medical Center, Durham, NC, on January 22, 1997. She had a 3-day history of fever at 39.4øC; a nonproductive, dry cough; and sharp, pleuritic chest pain on her left side. The patient was admitted with a presumed diagnosis of community-acquired pneumonia. She was given broad-spectrum antibiotics, intravenous fluids, and supplemental oxygen. A bone-marrow biopsy was performed (because of profound neutropenia and anemia). There was no evidence of malignancy and no explanation for the neutropenia. On admission, the patient’s arterial blood gas (ABG) levels (based on a sample taken while she breathed room air) were pH, 7.49; Paco2, 25 mm Hg; and Pao2, 59 mm Hg. On the following day, her white blood cell (WBC) count increased from 1.8×109 to 5.4×109/L, and her blood cultures revealed the presence of streptococcal pneumonia. Antibiotic therapy was adjusted accordingly.

Two days after admission, the patient’s WBC count had increased to 8.6×109/L and she complained of severe pleuritic chest pain on the left side, along with shortness of breath. A chest radiograph revealed bilateral infiltrates with a small left-sided pleural effusion. The effusion was small enough to warrant observation alone, as opposed to tapping, at this time. On the next day, the patient experienced severe respiratory decompensation with accompanying hypoxemia, requiring the delivery of 100 percent oxygen via face mask. She was transferred to the medical ICU, where intubation was performed. Her ABG levels, just prior to intubation, were pH, 7.3; Paco2, 41 mm Hg; and Pao2, 60 mm Hg. Her oxygen saturation level was 89 percent.

Following intubation, marked hemodynamic instability ensued, requiring the use of pressors. Meningitis was ruled out through lumbar puncture. Bilateral thoracentesis was performed, but no evidence of empyema was found. After placement of a Swan-Ganz catheter, reduced systemic vascular resistance was seen to confirm the presence of sepsis without fluid overload. Six days after admission, the patient still had extreme oxygenation requirements; therefore, a trial of prone positioning began. This technique created some transient improvement in oxygenation, as evidenced by a reduction in the fraction of inspired oxygen (Fio2) that the patient required. Her course over the next 48 hours continued to be one of sepsis with severe ARDS, requiring high ventilatory pressures, high Fio2s, and prone positioning.

Nine days after admission, the patient’s endotracheal tube was dislodged. It was replaced without any obvious complication of her condition; however, 8 hours later, her ventilatory requirements increased. A follow-up chest radiograph revealed a left-sided pneumothorax. A chest tube was placed and the lung re-expanded, but a persistent air leak was present.

On the 10th day after admission, the patient experienced a fever spike of 40øC, as well as further deterioration in her respiratory status. In light of this new development, inhaled nitric oxide was introduced. With the advent of the nitric oxide, the Fio2 was decreased from 0.8 to 0.5. Her hemodynamics had stabilized enough to permit weaning from pressors. Corticosteroids administration began at this point (for presumed late-phase ARDS).

Sixteen days after admission, a left-sided pneumothorax occurred, requiring placement of a second chest tube. The patient experienced another fever spike, and her sputum and urine cultures revealed yeast. Because of concern that a systemic fungal infection might be present, steroid doses were tapered off and treatment with amphotericin B was implemented. Two days later, the patient had a worse ventilatory status, with ABG levels of pH, 7.09; Paco2, 200 mm Hg; Pao2, 46 mm Hg; and bicarbonate, 62. These results were obtained from a sample taken while the patient underwent pressure assist control ventilation at a rate of 32 breaths per minute with an Fio2 of 0.8, an inspiratory pressure of 24 cm H2O, a positive end-expiratory pressure of 14 cm H2O, an inspiratory:expiratory ratio of 1:1, and a mean airway pressure of 24 cm H2O. Massive air leaks were occurring from the patient’s chest tubes, so her tidal volumes were only approximately 200 mL. A bronchopleural fistula also was present. Options were becoming very limited at this point and, in fact, only two choices were left: ECLS and HFV. Because of the bronchopleural fistula, HFOV was chosen.

On the 19th day after admission, HFOV was started. The initial settings were Fio2, 1; inspiratory time, 40 percent; amplitude, 62; mean airway pressure, 29 cm H2O; and setting, 5 Hz. After 3 hours of HFOV, the patient’s ABG levels were pH, 7.39; Paco2, 81 mm Hg; and Pao2, 125 mm Hg. Seven days after the initiation of HFOV, the patient was weaned from inhaled nitric oxide.

The following day, conventional ventilation was reinstituted. Over the course of that day, however, air leaks reappeared, accompanied by a rise into the hundreds in Paco2. The patient was returned to HFOV and was again stabilized. She required 4 more days of HFOV before she was weaned to a conventional ventilator.

Conclusion
Although no randomized controlled trial has been reported on the use of HFOV in the adult ARDS population, studies are currently under way. The most recent description of the use of HFOV in adults was by Fort et al, who described 17 patients with severe ARDS.6 These HFOV patients had an increase in oxygenation and survival compared with those managed using conventional mechanical ventilation. These findings suggest there may be a role for HFOV in care for adult patients with ARDS. The result from the ongoing studies should provide more insight into the utilization of this technology. 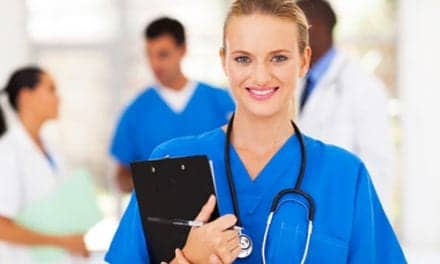