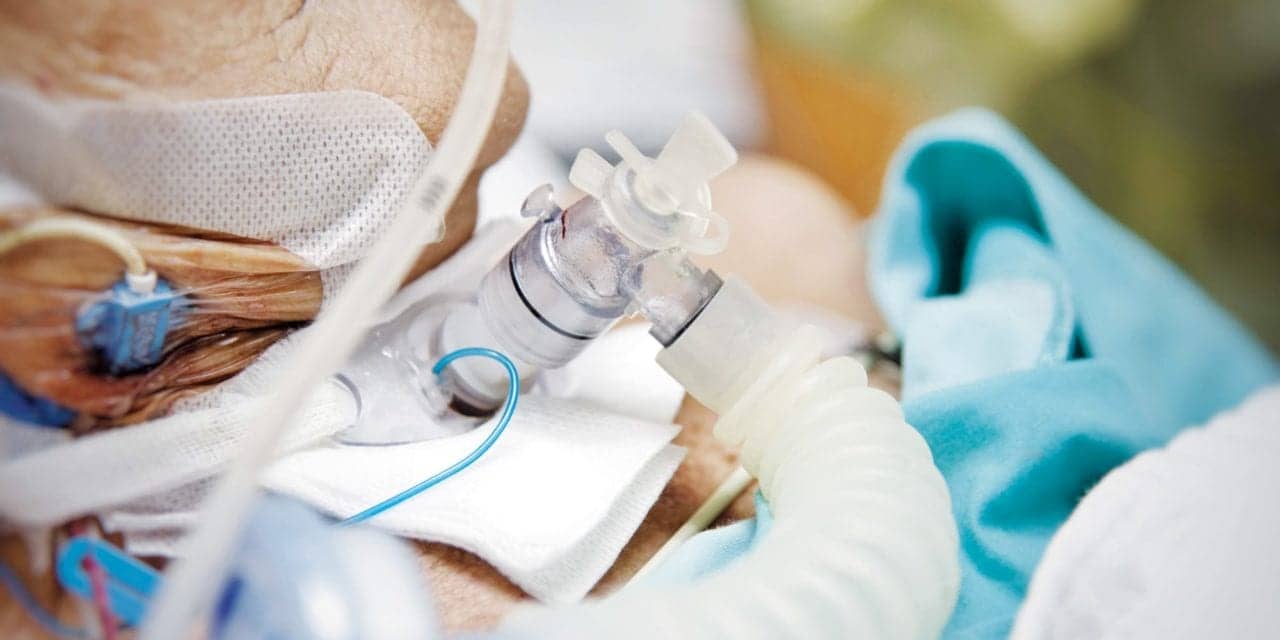 Approximately 190,000 patients experience acute respiratory distress syndrome (ARDS) annually, and 39% of patients die prior to discharge from the hospital. While studies show no general differences between males and females who have ARDS, management of the disease based on gender does matter.

Typically, patients are treated in the intensive care unit (ICU) and receive breathing support from noninvasive or mechanical ventilation. Additional treatment includes rapid administration of antibiotics, fluid management, nutrition support and supplemental medication to prevent complications. While studies show no general differences between males and females who have ARDS, management of the disease based on gender does matter.

Before determining a course of action, patients of both genders undergo evaluation for severity of disease, which is based on the Berlin Definition.[1] Created in 2011, the Berlin Definition proposed three categories of ARDS dependent on degree of hypoxemia: mild (200 mm Hg < PAO2/FIO2 < 300 mm Hg), moderate (100 mm Hg < PAO2/FiO2 < 200 mm Hg) and severe (PAO2/FIO2 < 100 mm Hg).

Duggal explained that severity dictates whether noninvasive ventilation (NIV) or mechanical ventilation (MV) should be administered. Presently, NIV is recommended for patients with mild disease, although he noted that some studies[2] looked at this option and found potential harm.

“You need to be very mindful. In NIV we have no ability to control the volume the patient is getting,” Duggal said. “They might be exposed to higher tidal volume.” He added that a key discussion point focuses on the safe use of NIV in mild cases and determining whether a risk of ventilator induced lung injury (VILI) exists. NIV is sometimes used as a stopgap measure, Duggal pointed out, and suggested if the patient’s trajectory is not improving, he or she should be moved to mechanical ventilation.

“If someone is septic, we shouldn’t even try noninvasive ventilation, but should intubate,” he said, adding that when underlying factors cannot be determined, hypoxemia based on the PAO2 ratio to PF should be examined. He asserted that a strong cutoff is a PF ratio of less than 150. “If the patient is not responding, this is a indicator that we should consider other methods, such as controlling airway and intubating.”

One of the key factors in managing ARDS in female patients relates to weight, specifically actual weight versus ideal weight (also referred to as predicted body weight). The patient’s ideal weight will determine the ventilator settings and allow for optimal treatment and appropriate oxygen delivery. Duggal reported that literature from the last two decades indicates that the size of a patient’s lungs is based on ideal body weight, so settings on a ventilator should reflect this measure. “For example, if I am 5’2”, my ideal body weight would be 50 kg,” he said, acknowledging the prevalence of obesity, which might compromise the correct ventilator setting.

Duggal added that ARDS patients may be experiencing several different concurrent medical issues and it’s easy for clinicians to mistakenly use the actual weight instead of the ideal weight. In a best-case scenario, compliance should be 70-80% and most facilities do have protocols in place, he noted. “However, about 20-25% of patients in most settings are not receiving the right tidal volume.”

Cleveland Clinic has implemented a protocol using an inpatient database for ARDS patients, according to Duggal. “When a patient is put on mechanical ventilation, a red flag reminds the respiratory therapist to adjust the settings according to the patient’s ideal body weight and not the actual weight,” he said.

While hospital mortality is the same for men and women, the rate is higher in females who have severe ARDS for more than two days. Duggal explained that one theory postulates females are being exposed to higher tidal volumes than they should. “Clinicians might be delivering oxygen based on the patient’s actual weight and not their ideal weight,” he said. “Other data sets have never identified a clear-cut trend into delivering differences in terms of ventilator settings for men and women. It’s intriguing. You have to ask yourself if there is a difference in escalation of therapies. Women with severe ARDS are not getting aggressive therapies as compared to men.”

Although weight is a significant factor to bear in mind when adjusting ventilator settings, height is just as important to consider. Women are typically shorter than men, but might be exposed to higher tidal volume than they should, according to Duggal. A 2001 study[3] found that clinicians tend to adhere to lung protective ventilation less strictly in short women, which can affect survival rates and duration of mechanical ventilation.

In addition to weight and height, a patient’s body mass index (BMI) could have an impact on ventilator settings and, ultimately, outcomes, according to Rowley.

A 2010 study[4] out of Texas found that obese patients “…were more likely to receive low tidal volume based on actual body weight but high volumes based on predicted body weight.” These patients experienced a higher rate of acute respiratory distress syndrome, according to the study authors.

According to the Mayo Clinic, women naturally have higher BMIs than men; when females with acute lung injury or ARDS received mechanical ventilation, a larger number developed acute lung injury. Combining this finding with secondary data, clinicians determined there is a coefficient difference between men and women, based on sex and height.

Clinicians and researchers have been exploring the idea of personalized treatment for a range of medical conditions. Duggal said, “It’s a fascinating field and we are doing some interesting preliminary work right now. We are looking at precision medicine to see if we can have specific treatment or therapies for individuals. But there is nothing to show women would act differently from men with different treatments. There might be subtle changes that start coming about as we study more.”

In 2019, researchers in France sought to determine if a personalized mechanical ventilation strategy would improve survival of ARDS patients as compared to standard of care (LIVE study).[5] Findings showed no difference in 90-day mortality between the treatment and control groups. However, the study authors surmise that misclassification of 21% of patients could have affected the findings. They suggested improving ARDS phenotyping for future studies to assess mortality rates.

Rowley reported that his center at the University of Virginia has been practicing personalized medicine for years. “We individualize the mechanical breath profile for mechanical ventilation and start off with standard settings that a patient responds to. But some patients with ARDS don’t respond well to titration so that’s when we choose different monitoring techniques,” he said.

Some recent evidence suggests that transpulmonary pressure could improve patient outcomes, according to Rowley. He explained that a balloon catheter measures the patient’s transpulmonary pressures and helps to optimize PEEP levels based on mechanical ventilation values. “This approach helps to assess whether inspiratory strain is putting the patient at risk of barotrauma, alveolar strain or inflammatory responses for further lung injury,” he said, noting that only two ventilators allow this type of interface with catheter: the Hamilton G5 and the Avea ventilator.

Large epidemiological studies in the last decade have not identified any differences in ARDS diagnoses in men or women, although being female is considered a risk factor, Duggal reported and cited the LUNG SAFE study,[6] which looked at 3,000 patients around the world and did not find any difference in the prevalence of ARDS among men and women. “Another study in the US has no final results but preliminary data has not shown a difference in gender for prevalence of ARDS,” he said.

Advanced age itself is also associated with a higher risk of developing ARDS. Duggal said that this population has a higher risk of getting sepsis, infections and pneumonia than younger age groups.

Additionally, some patients present with comorbid conditions that complicate respiratory issues. “If you look at most studies, you realize that about 30-35% do have underlying lung disease as well as ARDS,” Duggal said, noting that a severe influenza season could increase the incidence of ARDS. “If a patient develops severe ARDS, initial therapy would be focused on really targeting that. If there’s a component of underlying lung disease acting up, we’d keep that in mind and address it. If initially an underlying disease process is not acting up, the entire focus would be management of ARDS and then if something else needs to be done, we can treat the underlying conditions.”

Rowley noted that an evolving technology, electrical impedance tomography (EIT), is able to assess pulmonary mechanics and enables the clinician to individualize mechanical breaths for optimal PEEP and evidence of alveolar strain. He reported that South America, China, Canada and some countries in Europe have been using this technology to help assess distribution of ventilation.

Rowley explained an elastic band around the chest contains electrodes that enable the clinician to view telegraphic images based on resistance to low current electricity. “The device identifies volume gained versus volume lost. This quantifiable information helps us with the PEEP titration table without having to use patient measurements,” he said.

Rowley’s clinic uses the device, which is made by Dräger, for  research purposes only. He added that Getinge also manufactures an EIT device.

While this device has tremendous potential, Rowley pointed out that it would not be as reliable for patients with a BMI greater than 50. “These patients have a lot of adipose tissue. There is a lot of space between the electrode plane and tissue,” he said. “Also, if you have a cardiac implant, you can’t use the device.”

Rowley said that early goal-directed therapies are part of the trend toward preventative care. With the ARDS mortality rate stuck at around 40%, tools and techniques that would initiate early intervention might help reduce that number. He cited the LOV-ED[7] study, which determined that lung-protective ventilation strategies can effectively be implemented in the emergency department (ED) and also influences ventilator practices in the ICU.

A Change of Epic Proportions 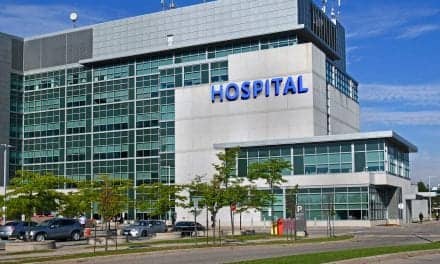 ICU Mortality Improves, But Less So for Minority Hospitals