RCPs to the Rescue

It is a crucial time for the services of RCPs and will continue to be for an indefinite period.

The outpouring of love and willingness to help, no matter how big the task, has become standard practice in America lately. The care shown by civilians has gone above and beyond the call of duty and RCPs are no exception. The tragic events that our nation recently experienced have moved respiratory therapy toward the front lines of healthcare, especially since the first cases of anthrax were reported. It is a crucial time for the services of RCPs and will continue to be for an indefinite period.

One display of immediate action taken by lung care professionals occurred 1 week after the World Trade Center was attacked. The American Lung Association (ALA) of New York launched a 9-11 Respiratory Assistance Fund on September 19, which provides information and resources to people whose lung health was affected. Many volunteers were exposed to smoke and pollutants that could exacerbate existing lung diseases and possibly cause new respiratory problems. The program provides financial assistance to people affected by the disaster who have prescriptions (written by physicians) for oxygen equipment, supplies, and medications to treat respiratory illnesses. The ALA of New York is providing initial financing for the fund, and after the immediate medical needs of the community are met, it will support ongoing educational programs and research efforts to study issues related to air pollution. Special emphasis will be placed on the long-term effects of pollution resulting from the disaster.

The American College of Chest Physicians has also jumped on the bandwagon by adding seminars to its conference schedule titled “Disaster Preparation and Recovery Sessions”; the meeting will be held on November 5-7 in Philadelphia. These presentations will include:
• Identification and Management of Chemical Casualties;
• Disaster Management: Health Care Professionals Taking Action;
• Emergency Preparation for Chemical/Biological Terrorism;
• Surviving the WTC Collapse: A Personal and Medical Perspective;
• Reflections From Ground Zero: The World Trade Center Attack; and
• What Every Health Care Professional Should Know About Biological and Chemical Weapons.

This brings up an important issue that will have a substantial effect on RCPs: anthrax. In the next issue of RT, an article by John D. Zoidis, MD, will cover the clinical signs and symptoms (recognizing and diagnosing anthrax); its pathogenesis, including a description of the spore-forming bacterium Bacillus anthracis; endemic areas; and current concerns about anthrax being used as a biological weapon. These are all important topics that will benefit RCPs as more cases are reported and the demand for additional information becomes imperative.

The Centers for Disease Control and Prevention (CDC) has provided up-to-date information through broadcasting a live program on October 18 titled “Anthrax: What Every Clinician Should Know.” The program was designed to help clinicians recognize, treat, and report anthrax cases. Clinicians could ask questions of a panel of experts including Tommy Thompson, Secretary, Department of Health and Human Services; Jeffrey P. Koplan, MD, MPH, director, CDC; and Ed Baker, MD, MPH, director, Public Health Practice Program Office, CDC. After this broadcast was aired, the health care community was able to better understand their roles in the public health system’s surveillance of anthrax exposure. For further information, you can visit the CDC Web site at www.cdc.gov/phtn.

With so many hands being lent so willingly to provide education, assistance, and compassion during this trying time, it is nice to know that RCPs are playing such an integral part. 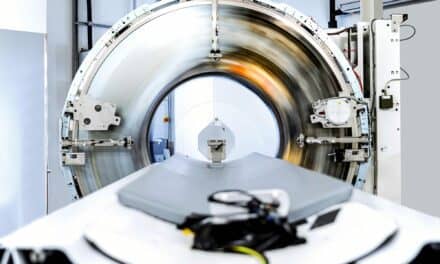