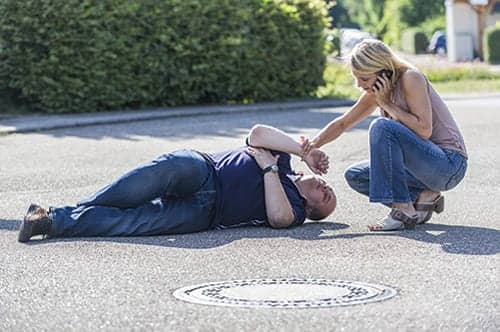 The use of mobile phone technology to alert bystanders trained in CPR is helping cardiac arrest victims receive prompt and critical care.

With the significant benefits of early CPR and intervention, it is imperative that cardiac arrest patients outside of a hospital receive immediate care. The use of mobile phone technology and new mobile apps currently being developed in the United States and abroad can aid cardiac arrest victims in receiving prompt care by alerting CPR-trained volunteers in the area that an emergency situation requires their attention.

According to the Centers for Disease Control and Prevention (CDC), approximately 92% of people who have sudden cardiac arrest outside of a hospital setting will die. However, previous research does show that receiving rescue breaths and chest compression from a bystander while waiting for emergency care can improve the chances of survival, although only about 30% of cardiac arrest patients receive critical bystander CPR.1

A New England Journal of Medicine study conducted by researchers from the Center for Resuscitation Science at Karolinska Institute, in collaboration with several other Swedish universities, analyzed over 30,000 cases of out-of-hospital cardiac arrest over a 30-year period in Sweden.2 The results of this study reveal that cardiopulmonary resuscitation performed before the arrival of the ambulance is associated with over a two-fold increase in the chance of survival.

In addition, one of the key findings in the book Strategies to Improve Cardiac Arrest Survival: A Time to Act is that the immediate, hands-on response of bystanders to cardiac arrest is critical to improve rates of effective resuscitation and, thereby, increase the likelihood of survival and positive neurologic outcomes for out-of-hospital cardiac arrest. The authors of the text also noted that many national and international registry studies indicate that bystander CPR can increase survival rates for out-of-hospital cardiac arrest between 50% and 500%.

An additional study conducted by the same group of international researchers evaluated a pilot program in Stockholm County, Sweden, which provided text message alerts to CPR-trained volunteers when a reported cardiac arrest was occurring 500 meters or closer to them.3 The study included 10,000 civilian volunteers with the mobile app, known as SMS Lifesavers, who were alerted of the cardiac emergency. With the use of the app, there was a 30% increase in the number of patients who received cardiopulmonary resuscitation before the arrival of paramedics, the police, or rescue services, according to the Karolinska Institute. The authors of the study concluded, “A mobile-phone positioning system to dispatch lay volunteers who were trained in CPR was associated with significantly increased rates of bystander-initiated CPR among persons with out-of-hospital cardiac arrest.”

According to Jacob Hollenberg, MD, cardiologist and head of research at the Center for Resuscitation Science, the system now includes 14,000 volunteers. In addition, the researchers have recently launched a new and updated service based on GPS technology that not only dispatches volunteers for CPR but also to get the nearest available public automated external defibrillator (AED).

Hollenberg stated, “Both of these studies clearly show that cardiopulmonary resuscitation is an effective, life-saving treatment and that further encouragement must be given to respond swiftly on suspected cardiac arrest.”

In the US, several cities, including Los Angeles and San Diego, as well as Plano, Tex, have implemented similar systems to garner the aid of CPR-trained volunteers for cardiac arrest victims.4 One such development is the new PulsePoint app also designed to alert CPR-trained volunteers in the event of a nearby cardiac arrest. Users of the app who have indicated they are trained in CPR will be notified on their mobile phone if someone nearby is having a cardiac emergency and may require CPR. According to the PulsePoint website, the app is designed to empower CPR-trained citizens to help improve patient outcomes and save lives by reducing collapse-to-CPR and collapse-to-defibrillation times.

The mobile app PulsePoint has recruited hundreds of thousands of volunteers and connected itself to hundreds of emergency response systems. “PulsePoint engages citizens in the health of their community by empowering them to become a critical and effective part of the chain of survival. We know early intervention leads to better outcomes and PulsePoint aims to activate an army of citizen first responders,” said Richard Price, founder of PulsePoint. “The promise is to crowd-source good Samaritans.”

How to Save a Life

In the future, the use of mobile “alert” technology may be applicable to other areas of medicine and other types of emergency situations. According to Price, the use of these new mobile phone apps can possibly be used in “medical emergencies requiring rapid field intervention, such as severe allergic reactions requiring epinephrine (EpiPen) or opioid depression, including respiratory depression, [and for persons who] could benefit from overdose-reversing drugs like Naloxone (Narcan).”

For now, however, the growing use of mobile technology is helping provide swift, critical care to cardiac arrest victims and improving their chances of survival. Hollenberg said, “Out-of-hospital cardiac arrest is a major health problem. We need to find new ways of increasing rates of bystander CPR in order to really affect survival.” Hollenberg added, “I believe this new method is a way forward that will increase not only the proportion of patients receiving bystander CPR but also early increase early defibrillation and survival.” RT 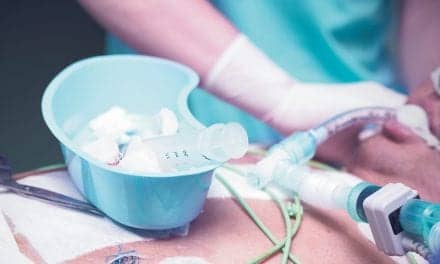