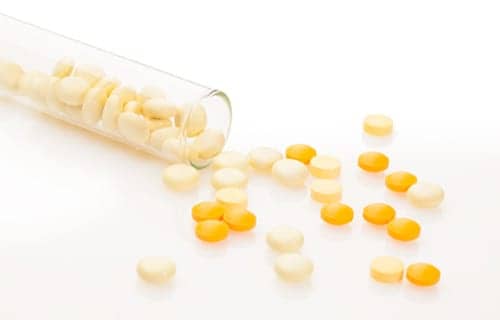 Two studies by a Cedars-Sinai Medical Center researcher have found that two investigational drugs — pirfenidone and nintedanib — had positive effects on patients with idiopathic pulmonary fibrosis (IPF), such as slowing the loss of lung function, reducing mortality, and reducing acute exacerbations.

Idiopathic pulmonary fibrosis causes the regions of the lungs where oxygen gets to the blood to thicken and scar, leaving patients with shortness of breath, a chronic cough and extreme fatigue. Most patients die within two to five years of diagnosis.

The first study found that pirfenidone significantly slowed the loss of lung function and reduced the risk of death. Pirfenidone was developed by InterMune Inc and in 2011 was approved by the European Union for the treatment of idiopathic pulmonary fibrosis.

The findings of the ASCEND drug trial are published online by the New England Journal of Medicine. “What we discovered about the anti-inflammatory and anti-fibrotic properties of pirfenidone offers help and encouragement to so many patients suffering from this relentless disease that robs them of breath and life,” said senior author Paul W. Noble, MD, chair of the Department of Medicine at Cedars-Sinai and director of the Women’s Guild Lung Institute.

“Not only did pirfenidone prevent the loss of lung function and preserve the distance patients could walk, but during the study the risk of death was reduced by a remarkable 48% in those taking the drug when compared with those who received placebo,” Noble added.

The findings were so strong that an early access program has been initiated to provide patients with pirfenidone while the process of obtaining FDA approval is undertaken, according to Noble. Cedars-Sinai will be participating in this program under the direction of Dr Jeremy Falk and the Advanced Lung Disease Program.

Noble also was a co-author of a second study testing the efficacy and safety of the multi-kinase inhibitor nintedanib on idiopathic pulmonary fibrosis patients. Nintedanib is also is being studied in lung cancer.

“In our research we found that nintedanib could also slow the loss of lung function in patients with idiopathic pulmonary fibrosis,” said Noble. “It is a second dose of good news for our patients because nintedanib not only slowed the progression of the disease, but it tended to reduce acute exacerbations of the disease, while tending to preserve the quality of life of the study patients receiving the drug.”

Noble is a paid consultant of InterMune Inc. and Boehringer-Ingelheim for his work on the steering committees of the two clinical trials. Cedars–Sinai was not among the medical centers participating in this multicenter study of the drug’s efficacy in treating idiopathic pulmonary fibrosis.