Large clinical trials are needed to determine the efficacy and safety of this treatment method.

Primary, or unexplained, pulmonary hypertension is a rare lung disorder in which the blood pressure in the pulmonary artery rises above normal levels because of derangements in either small pulmonary arteries or veins (in the absence of underlying cardiac or pulmonary disease). Normal mean pulmonary-artery pressure is approximately 14 mm Hg at rest. In the primary pulmonary hypertension patient, the mean pulmonary artery pressure is more than 25 mm Hg at rest and more than 30 mm Hg during exercise. This abnormally high pressure is associated with changes in the small blood vessels of the lungs, resulting in an increased resistance to blood flow through the vessels.1 This increased resistance, in turn, places a strain on the right ventricle, which has to work harder to move adequate amounts of blood through the lungs and into the tissues. Over time, the right ventricle will enlarge and, eventually, fail.

Researchers believe that one of the ways that primary pulmonary hypertension starts is injury to the layer of endothelial cells that lines the small blood vessels of the pulmonary system. This injury, which occurs for unknown reasons, may bring about changes in the way that the endothelial cells interact with the smooth muscle cells in the vessel wall. As a result, the smooth muscle contracts more than normal, thereby narrowing the vessels. This process eventually results in the development of extra amounts of tissue in the walls of the pulmonary arteries. The amount of muscle increases in some arteries, and muscle appears in the walls of arteries that normally have no muscle. With time, scarring, or fibrosis, of the arteries takes place, and they become stiff as well as thickened. Some vessels may become completely blocked. There is also a tendency for blood clots to form within the smaller arteries.

In response to the extra demands placed on it by primary pulmonary hypertension, the heart muscle in the right ventricle becomes hypertrophied. Overworked and enlarged, the right ventricle gradually becomes weak and loses its ability to pump enough blood to the lungs. Eventually, the right side of the heart may fail completely, resulting in death.

In general, researchers find there is no correlation between the time when primary pulmonary hypertension is thought to have started in an individual, that person’s age when the disorder is diagnosed, and the severity of symptoms. In some patients, the disease progresses fairly rapidly. The first symptom is frequently tiredness, with many patients (and their physicians) thinking that they tire easily because they are simply out of shape. Dyspnea, dizziness, syncope, edema in the ankles, cyanosis, and angina are among the symptoms of the disease.

The treatments available for primary pulmonary hypertension are limited. Oral vasodilators, such as calcium channel-blocking agents, may lead to reductions in pulmonary artery pressure and, therefore, improvement in right ventricular function. In patients who are responsive to calcium channel blockers, survival is markedly enhanced.2 Unfortunately, only 20 percent to 30 percent of patients fall into this favorable category. For the remainder of patients, other options are needed.

Prostacylin is a good mediator. It maintains pulmonary blood vessels in a relaxed and nonproliferative state.3 It appears, in fact, that primary pulmonary hypertension patients have a deficiency of endothelial prostacyclin, which contributes to the pathology of the disease.

Unfortunately, chronic prostacyclin has several drawbacks. It is a systemic vasodilator associated with numerous widespread adverse effects, including diarrhea, dizziness, rash, leg and foot pain, jaw pain, and hypotension. In addition, the central venous catheter may become infected, requiring antibiotic therapy or, in many cases, removal of the catheter. Therefore, a safer, more convenient treatment for primary pulmonary hypertension is needed. Nitric oxide may meet that need.

Recent discoveries in vascular biology have shown endogenous nitric oxide to be an important mediator of vascular tone. In 1980, Furchgott and Zawadski reported that the intact endothelium plays a critical role in vascular relaxation. Using isolated strips of arteries, they discovered that when acetylcholine interacts with the endothelial cells of these vessels, substances are released that cause relaxation of vascular smooth muscle. One of these substances was later termed the endothelium-derived relaxing factor (EDRF).7

In 1987, two separate groups6 proposed that nitric oxide possesses the same biological and chemical properties as EDRF. Whether EDRF is identical to nitric oxide gas or a nitric-oxide-containing compound is still under investigation.7

In the lung, endogenous nitric oxide is produced by the conversion of l-arginine by the enzyme macrophage within the endothelial cells. The nitric oxide gas then diffuses into the adjacent smooth muscle cells, where it activates guanylate cyclase. This increases the level of cyclic 3′,5′-guanosine monophosphate, resulting in smooth muscle relaxation. When nitric oxide crosses into the intravascular space, it rapidly binds with hemoglobin, forming nitrosylhemoglobin (which is metabolized to methemoglobin). This rapid transformation, along with the short biological half-life of nitric oxide (0.1 to 5 seconds),3 inactivates the relaxing properties of nitric oxide, thus limiting its effects to adjacent smooth muscle cells. Recent reports8 confirm the role of endogenous nitric oxide as a modulator of vascular tone in the pulmonary circulation.

The benefits of nitric oxide include its ability to dilate blood vessels and enable white blood cells to kill tumor cells and bacteria.2 Nitric oxide is formed, on demand, in a generator cell (such as an endothelial cell), and it acts on target cells nearby (such as vascular smooth muscle cells). Nitric oxide is an unusual messenger. It is a small molecule composed of one atom each of nitrogen and oxygen, not to be confused with nitrous oxide (two atoms of nitrogen and one of oxygen), an inhalational anesthetic gas. Nitric oxide is an uncharged molecule with an unpaired electron. These characteristics of nitric oxide make it an ideal messenger molecule: uncharged nitric oxide can diffuse freely across membranes. With an unpaired electron, it is called a radical molecule, which is highly reactive (having a half-life of 2 to 30 seconds); after transmitting a signal spontaneously, it decays into nitrite.

The tiny nitric oxide molecule, a reactive gas, functions both as a signaling molecule in endothelial and nerve cells and as a killer molecule in activated immune cells-and it can be used as a new medicine through inhalation. Small, simple, and highly toxic, nitric oxide seems an unlikely biological jack-of-all-trades. Indeed, extraordinarily large and complex proteins and compounds regulate most of the body’s functions. This previously elusive and obscure chemical is proving to be of vital physiological significance. Nitric oxide may be the first of a novel class of neurotransmitters.6

Inhaled nitric oxide is an unstable gas, labile and short-lived. In the presence of oxygen, it exists for about 6 to 10 seconds and then is converted into nitrate and nitrite and nitrogen dioxide.

The patient with IPF had acute improvement in Pao2 when given inhaled nitric oxide. Improvement in hypoxemia was accompanied by an acute decrease in pulmonary arterial pressure. This patient continued to use inhaled nitric oxide in addition to supplemental oxygen (at a flow rate of 4 L/min) via dual-lumen cannula. This patient demonstrates the benefits of using a selective pulmonary vasodilator for patients with pulmonary hypertension and parenchymal lung disease. A systemic dilator might, in fact, worsen oxygenation in such a patient by increasing shunting through poorly ventilated lung zones. Inhaled nitric oxide, as evidenced by the response seen in patients with adult respiratory distress syndrome, generally decreases intrapulmonary shunting.

The results of chronic delivery of nitric oxide to patients with pulmonary hypertension patients are preliminary. Clearly, large (preferably randomized) clinical trials are needed to determine the efficacy and safety of chronically inhaled nitric oxide. We now have, however, a basic biological rationale, animal data, and preliminary human data to give us great optimism regarding the future applications of this simple, but potent, molecule. 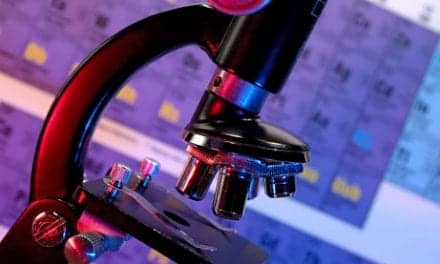