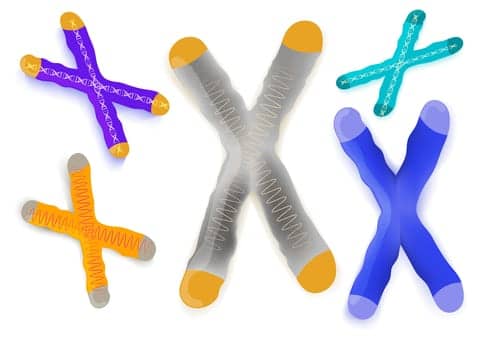 Researchers from the Spanish National Cancer Research Centre (CNIO) have discovered that telomeres are at the origin of pulmonary fibrosis, which is the first time that telomere damage has been identified as a cause of the condition.

According to a Science Daily news report, the findings may open up new avenues for the development of therapies to treat a disease that currently has no treatment. The research team, in search of a cause-effect relationship, created a mouse that lacked a protein necessary to build telomeres in a specific cell population.

The results showed that most of the animals developed progressive pulmonary fibrosis. The Science Daily news report notes that after finding that the lack of telomeres is lethal for type II alveolar cells, the researchers reached the conclusion that lung epithelium cannot regenerate without these cells and, therefore, cannot repair damage caused by toxic environmental agents.

Researcher Paula Martínez says, “We have seen that acute telomere damage is sufficient to trigger pulmonary fibrosis, even in the absence of environmental damage.”

Although the mouse lacking telomeres in pulmonary epithelial cells demonstrates the importance of telomeres in the origin of fibrosis, it does not however reproduce the disease in most human patients, as indicated on the Science Daily news report. The researchers developed an animal model that combines premature shortening of the telomeres as a result of telomerase deficiency with low doses of environmental damage. Bleomycin was chosen to induce damage.

The research team saw a synergy between the damage caused by bleomycin at low doses and the one caused by short telomeres, and both factors do trigger the disorder. Juan M. Povedano, another member of the research team, states, “These findings support a model in which persistent damage derived from short or dysfunctional telomeres is added to other cellular damage and this triggers pulmonary fibrosis.”

The paper concludes that the new animal models are vital for testing new “therapeutic strategies based on the activation of telomerase [the enzyme that repairs telomeres].”

The new evidence fits in well with the fact that idiopathic pulmonary fibrosis only occurs in people over 50 years of age; it is precisely in the telomeres where one of the main molecular symptoms of cellular ageing occurs, according to Science Daily.

Researcher Maria A. Blasco explains, “Understanding the molecular mechanisms that lead to the ageing process, such as the shortening of telomeres, has enabled us to generate animal models that faithfully reproduce diseases such as idiopathic pulmonary fibrosis, and this is already helping us to test novel therapies that we hope will prove effective and that are based on the activation of the enzyme telomerase.”