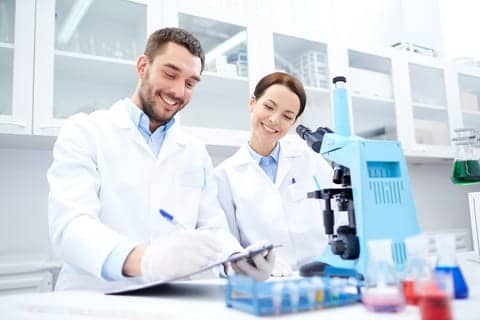 Researchers at The Saban Research Institute of Children’s Hospital Los Angeles, along with colleagues in Mexico and Canada, are targeting the TGF-beta molecule that could play a role in the abnormal growth of cells in pulmonary fibrosis. According to a Lung Disease News report, blocking the molecule may prevent lung scarring and treat the condition. Increases in TGF-beta occur both in idiopathic pulmonary fibrosis (IPF) and in experimental models of IPF, but the growth factor is also needed for normal immune system functioning.

Wei Shi, MD, PhD, states, “This is a very complicated signaling pathway, which promotes mesenchymal stem cell proliferation, while also acting as a tumor suppressant. Our goal was to find a way to target specific cells that result in fibrosis without affecting other cells.”

The Lung Disease News report notes that scientists at The Saban Research Institute developed a mouse in which the gene expression of TGF-beta could be turned on and off by researchers. The research team changed TGF-beta in adult mouse lung mesenchymal cells with various degrees of lung fibrosis. These cells are associated with connective tissue and may be involved in lung fibrosis. The researchers found that TGF-beta could cause fibrosis independently and that other factors were not needed for the fibrosis to occur.

The researchers also observed that TGF-beta affected a gene called P4HA3, and the gene may cause collagen to accumulate by activating polyl 4-hydroxylase, which causes fibrosis. When the scientists blocked prolyl 4-hydroxylase, TGF-beta no longer caused collagen production in both cells grown in a dish and in and mouse pulmonary fibrosis models, as indicated on the Lung Disease News report.

Shi explains, “Our data indicate that increased expression of collagen prolyl hydroxylase is one of the important mechanisms underlying the proliferation of fibrous tissue that is mediated by TGF-beta. Inhibiting this enzyme appears to be a promising therapy to interfere with excessive collagen production and deposition in IPF patients.”

The L study has identified targets for possible future medications for IPF, and suggests that TGF-beta and associated molecules might be candidates, as noted on the Lung Disease News report. The genetically manipulated mouse developed by this group may also be used as a research tool in future studies to understand IPF.