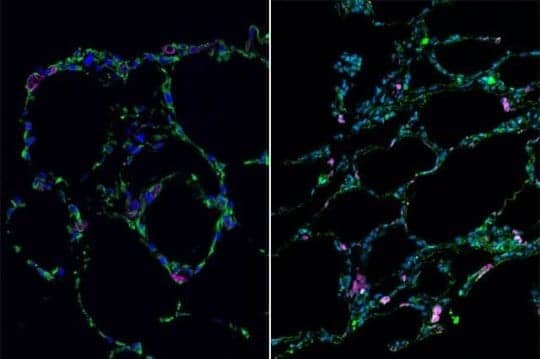 Researchers at the Eli and Edythe Broad Center of Regenerative Medicine and Stem Cell Research at the University of California, Los Angeles (UCLA), have successfully created three-dimensional lung “organoids” by coating tiny gel beads with lung-derived stem cells and then allowing them to self-assemble into the shapes of air sacs found in human lungs. According to Science Daily, the laboratory-grown lung-like tissue can be used to study diseases including idiopathic pulmonary fibrosis, which has traditionally been difficult to study using conventional methods.

Lead author of the study Dr Brigitte Gomperts says, “Scientists have really not been able to model lung scarring in a dish. While we haven’t built a fully functional lung, we’ve been able to take lung cells and place them in the correct geometrical spacing and pattern to mimic a human lung.” Gomperts and colleagues began with stem cells created using cells from adult lungs, and used those cells to coat sticky hydrogel beads. Next, the researchers partitioned the beads into small wells only 7 mm cross. Inside each well, the lung cells grew around the beads that linked them and formed an evenly distributed three-dimensional (3-D) pattern.

In order to show that the tiny organoids mimicked the stricture of actual lung, the researchers compared the lab-grown tissues with real sections of the human lung, reports Science Daily. Dan Wilkinson, the paper’s first author, says, “The technique is very simple. We can make thousands of reproducible pieces of tissue that resemble lung and contain patient-specific cells.” In addition, when Gomperts and Wilkinson added certain molecular factors to the 3-D cultures, the lungs developed scars similar to those seen in the lungs of people who have idiopathic pulmonary fibrosis (IPF).

With the new lung organoids, researchers will be able to study the biological underpinnings of lung diseases, including IPF, as well as test possible treatments for the diseases. The Science Daily report notes that to study a person’s disease or what drugs may work best for them, clinicians could collect cells from the person, turn them into stem cells, coax those stem cells to differentiate into lung cells, then use those cells in 3-D cultures. Since it is simple to create many tiny organoids at once, according to the team, researchers could screen the effect of many drugs.

“This is the basis for precision medicine and personalized treatments,” Gomperts says. 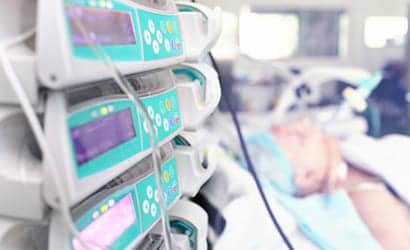