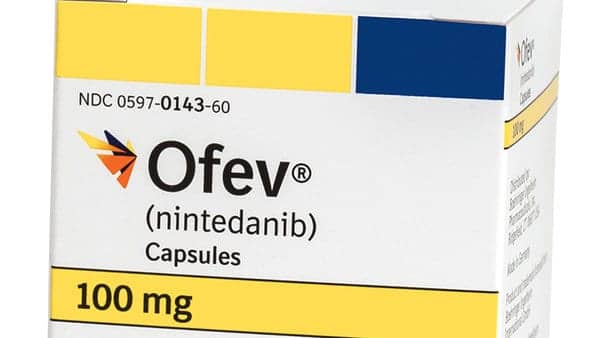 Boehringer Ingelheim has announced the enrollment of the first patient in its SENSCIS Phase 3 clinical trial evaluating the safety of nintedanib.

“People affected by SSc-ILD are often young, between 25 and 55 years old, and are faced with considerable disability related to the systemic nature of scleroderma. They often have significant shortness of breath and cough from lung disease, and severe pain and contractures as a consequence of their skin involvement. This occurs during years when they are deeply engaged in building careers and caring for family,” said Kristin Highland, MD of the Cleveland Clinic Foundation, in a recent press release. “There are no approved treatments for SSc-ILD, and few drugs have been assessed in clinical trials for this disease. The SENSCIS™ trial will help to further inform the medical community about SSc-ILD and whether nintedanib could be an effective therapy for people with this condition.”

“The patient community has been waiting for approved treatments for systemic sclerosis patients who have developed the critical complication of interstitial lung disease, and it welcomes Boehringer Ingelheim’s research conducted in this disease area,” added Ann Kennedy with the Federation of European Scleroderma Associations (FESCA aisbl).

“Nintedanib, which is marketed as OFEV, is approved for a rare lung disease called idiopathic pulmonary fibrosis, or IPF, and has been shown to slow disease progression as measured by annual rate of decline in lung function. Because SSc-ILD and IPF share similarities in how the underlying lung scarring, or fibrosis, forms in people with the disease, we are evaluating whether nintedanib can have a beneficial impact on lung fibrosis associated with SSc,” said Dr. William Mezzanotte, Therapeutic Area head, Respiratory Medicine at Boehringer Ingelheim. “The SENSCIS study is another milestone in our ongoing commitment to furthering science that addresses the unmet needs of people affected by rare diseases and serious respiratory conditions, including fibrotic lung diseases.”

Sleep and the Aerodigestive Complications of Gastroesophageal Reflux