An Italian research team found that stem cells derived from human placenta may ultimately play a role in the treatment of lung diseases such as pulmonary fibrosis and fibrotic diseases caused by tuberculosis, chemical exposure, radiation, or pathogens. The research appears in the current issue of Cell Transplantation.

"The potential application of fetal membrane-derived cells as a therapeutic tool for disorders characterized by inflammation and fibrosis is supported in previous studies," said lead author Ornella Parolini, PhD, in an announcement about the study. "In line with the hypothesis that cells derived from the amniotic membrane have immunomodulatory properties and have been used as an anti-inflammatory agent, we set out to evaluate the effects of fetal membrane-derived cell transplantation in chemically-treated (bleomycin) mice."

According to a press release on the findings, “Cells delivered via intra-peritoneal transplant, regardless of the cells being allogenic or xenogenic (host’s own cells or from another individual respectively), the procedure resulted in a significant anti-fibrotic effect on the lab animals.”

Parolini adds that a “consistent” reduction in lung fibrosis “provides convincing proof" that placenta-derived cells do confer benefits for bleomycin-induced lung injury. While the severity of inflammation did not show an overall reduction, there was a marked reduction in neutrophil (white blood cell) infiltration after both xeno-and-allo-transplantation.

"It is worth noting," said Parolini, "That the presence of neutrophils is associated with poor prognosis for several lung diseases. However, the mechanism by which placenta-derived cells might affect infiltration by neutrophils is not known."

The researchers speculated that these cells may produce soluble factors that induce anti-inflammatory effects. "Our findings suggest that fetal membrane-derived cells may prove useful for cell therapy of fibrotic diseases in the future," said Parolini. 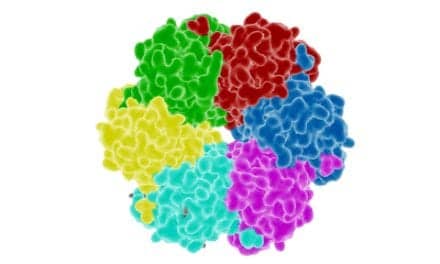