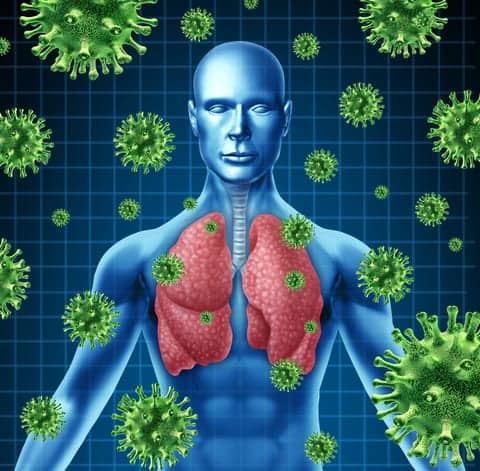 A group of international researchers have shown that the use of nanoparticles to carry antibiotics across biological barriers can be effective in the treatment of lung infections.

According to a Medical Xpress news report, doing so permits better delivery of the drug to the site of infection, which therefore prevents the development of antibiotic resistance that may be caused by too large and continued doses of antibiotics. In addition, such a strategy may help overcome the rapid metabolism and excretion of the antibiotic from the body.

Dr. Cristiane Carvalho-Wodarz explains that by developing nanoparticles loaded with clarithromycin, the researchers from Germany, Brazil, and France were able to mimic the process that occurs after inhalation in vivo by delivering the drug through aerosol deposition to lung cells, as noted on the Medical Xpress news report. The nanoparticles were prepared by adding a biodegradable polymer oil, stabilizer, and clarithromycin dissolved in solvents to an aqueous surfactant solution. The solvents were subsequently removed.

The research team used the bacterium Staphylococcus aureus as the model for their experiment as it plays a vital role in the lung infections common in cystic fibrosis. The small clarithromycin nanoparticles were able to access the bacteria located either in biofilms or inside individual lung cells.

The work has, to date, been in vitro, but the researchers now hope to evaluate effectiveness in an animal model. Additionally, the researchers would like to test the same nanoparticles loaded with other drugs used against lung infections.

Carvalho-Wodarz states, “Using nanoparticles to deliver drugs to a local site of infection is a promising strategy for overcoming side effects, increasing treatment efficacy, and overcoming resistance. The nanoparticles we have developed have a number of advantages as drug carriers; they do not provoke a toxic effect, they are highly stable, they release the drug over a sustained period, and they can overcome cellular barriers.”

Carvalho-Wodarz adds, “We believe that our formulation shows promise to improve the antibacterial efficacy which could help patients with lung infections, since the antibiotic can reach the infection site directly and therefore decrease the side effects we see during traditional routes of administration.”